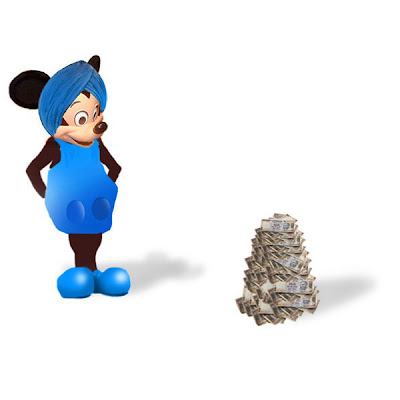 Yet another example of Bob Iger's strategy of the international market as Disney expands in the East...

The Mouse is ramping up production in India with a slate of four new films added to its commitment to that country's film taste. Under the moniker "Walt Disney Pictures India", the Walt Disney Company's first two projects of the four will be:

"The 19th Step" - Starring top South Indian actor Kamal Hassan and featuring Japanese star Asano Tadanabo as well as Indian actress Asin, will be directed by Bharat Bala. The story revolves around the ancient Indian martial arts form Kalarippayattu and will be a multilingual Indian release.

"Zokkomon" - Starring top Indian child actor Darsheel Safari and directed by Satyajit Bhatkal. The story is known to be an imaginative, children's tale, but other than that, little is known about it.

The other two features have yet to be determined.

Bollywood appears to be a critical audience for Hollywood, and clearly Disney realizes this with its focus on region-specific content. Expect more territorial agreements like this over the next few years as the foreign market matures.

American pop culture is the worlds pop culture. They don't need to do this, by tailoring to their specific tastes this even undermines the way Hollywood can put any movie anywhere in the world.