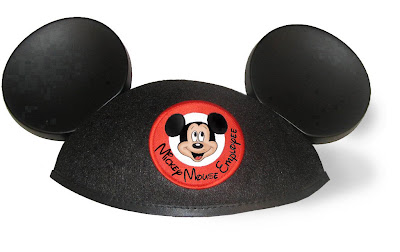 Over the decades there have been many people that have worked frequently with the Walt Disney Company, from the beginnings as a small studio, many artist worked their entire lives with the Mouse...

So it got me thinking about such loyalty today. While it's almost unheard of to spend your entire life at one job, particularly with Disney... several well known people have spent a good deal of time with Disney. Well, you say: "Like who?"

Johnny Depp - The most recent example of working continually with Disney. His work on Ed Wood and then his trilogy of Pirate movies weren't enough and now he's signed for a part in the live-action "Alice" film, the new "Lone Ranger" film and a fourth "Pirates" film. Who knows what he'll attach himself to next?

Jon Turteltaub - Turteltaub has been a very loyal member of the Disney family. With all the films he's done for the Mouse, you'd think he sleeps on the lot... a lot. As director of movies such as "National Treasure", "National Treasure 2", "The Kid", "Phenomenon", "Cool Runnings" and "3 Ninjas". Whew... loyalty like that is unheard of in modern Hollywood. Really, no kidding.

Tim Burton - The famed, electic and somewhat demented director has a nice history with the company as well... having directed such classics as "Frankenweenie", which is in pre-production, "Alice in Wonderland", which is filming as I write this, "Ed Wood", my personal favorite of his work, and the holiday classic "The Nightmare Before Christmas". With his two latest films, it looks like Burton will be a member of the club till at least 2011.

Jonathan Mostow - Mostow's also been with the Mouse on several films like his current film, "The Surrogates", after which he's supposed(again, that's supposed) to film a new adaption of Disney's "Swiss Family Robinson", which I believe is going to still be set in the original period, although who knows what braindead ideas of Suits will prevail. Mostow's a relativly new member, but a welcome one non-the-less. I'll forgive him for T3, Arnold is to blame as much if not more than he...

Jerry Bruckheimer - Bruckheimer, or as Disney should refer to him, "The Breadwinner" isn't just a producer, he's his own studio. Having produced such films as "Prince of Persia: The Sands of Time", "G-Force", "National Treasure 1 and 2", the "Pirates" series, "Deja Vu", "Glory Road", "King Arthur", "Pearl Harbor"(I'll forgive him for that one), "Remember the Titans", "Gone in Sixty Seconds", "The Rock", "Crimson Tide", "Crimson Tide"... breath... breath. Whoah. That's a lot. The only sad thing here is Disney lost out on his television productions like "CSI, CSI Miami, CSI New York and Cold Case which would have filled Disney's coffers even more. Jerry gets the gold star as a loyal member of the club! Whatever Suit chose not to secure Bruckheimer's television deal deserves a dunce hat and a pink slip...

Miley Cyrus - The girl responsible for the "Hannah Montana" Disney Channel television series and the "Best of Both Worlds" film is now planning to go into a more mature direction with the new untitled film that Disney is prepping for her.

Ashley Tisdale - The star of "High School Musical 1 and 2, the theatrical HSM 3, and guesting on several Disney Channel shows has had a long history with the Mouse in her very short career and will most likely have much more association with the club...

Raven-Symoné - With the popular tween show, "That's So Raven" and the college, uhm... comedy(?) "College Road Trip" and several other Disney Channel shows have made sure that Raven is a member in good standing right up there with Ashley...

Dwayne Johnson - One of the newest members has started making a series of films for the Mouse. Next year he'll be in the remake of a a Disney classic with "Race to Witch Mountain", and last years "The Game Plan" make him a member with a lot of potential...

Paul Newman - With sadness, this member is no longer around. Newman, known for iconic roles over the past generation has been in several Mouse films, from "Cars", "Blaze" and "The Color of Money". A great talent that will truly be missed. I don't think that we'll be seeing Doc in the sequel to Cars, although he may make an appearance of somekind, possibly being dedicated to him...

Well, that all for now.

An incomplete list for sure, but just a sampling of some of the many club members of the Mouse...

Meeting adjourned.
Posted by Honor Hunter at 12:01 AM

The recent flop "Miracle at St. Anna" reminded me that Spike Lee has actually made several films for Disney/Touchstone. In addition to that one there have been "The 25th Hour," "Summer of Sam," and "He Got Game."

M. Night Shyamalan had a great run with Disney but it looks like Disney backed out of that relationship at just the right time.

With regard to CSI, it was actually Iger who passed on that show when it was originally being developed for Touchstone Television.

Tim Allen would have to be near the top of this list, too. Home Improvement, Toy Story, Santa Clause Trilogy, Jungle2Jungle, Shaggy Dog, Wild Hogs, etc. I think he even joked once about being the modern-day Dean Jones or Fred MacMurray.

Garry Marshall has been a reliable director for Disney too -- going back to Beaches and Pretty Woman and more recently the Princess Diaries films and Raising Helen.

Kurt Russell. Doesn't he hold the record for Disney movies? Sky High was the most recent great one.

Turteltaub also had his hand in From the Earth to the Moon which was an HBO miniseries BUT it was in Central Florida where their production offices were on the backlot of the (then) Disney-MGM Studios.

I would also include Randy Newman in that list.

Kurt Russell has an impressive Disney resume, but I don't think he has the record. I haven't closely analyzed their imdb pages, but I think Tim Allen has more Disney credits than Russell does.

Two more people that come to my mind are Joel McNeely and John Goodman.