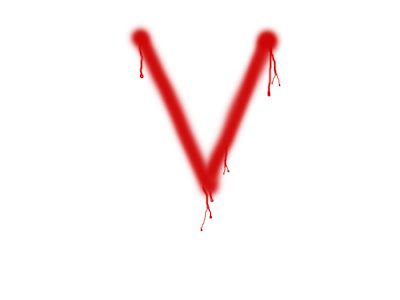 The 80's television mini-series/series, "V" is getting remade for the Alphabet Network. Scott Peters(The 4400), is developing the series along with Jace Hall(former head of Warner Bros. Videogame Division).

The new show will be "based" on the original idea, but will not follow Marc Singers and his motley Lott's original characters. Instead, the story will center around a woman named Erica Evans, a Homeland Security agent with an rebellious son who’s got problems(who doesn't?). When the Visitors arrive, her son becomes drawn to them and this causes tension within the Evans family. That's all they've let out and it's really in the early stages. Don't expect to here much before next year as we get closer to the shows launch.

For those that are 80's Pop-Culture illiterate, the original series, an allegory to Nazi occupation of Europe, was about an armada of spacecrafts that came to earth, moving into major cities, these human looking aliens tell the earth that they're here to help our planet. As events unfold, people begin to find out that the "Visitors" aren't here to help, they're here to take the earth's water for their own dying planet. They also aren't human, more like upright walking reptilian creatures disguised as humans. Slowly they take over the governments through aliens pretending to be world leaders and sympathisers that share their cause or beliefs. The show followed a small group of freedom fighters that were trying to liberate the earth from the aliens... I mean, Visitors.