To All Who Come To This Happy Place... 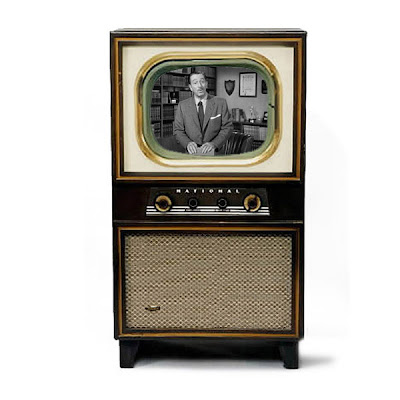 On this day, Fifty-Four years ago, the ABC Television Network premieres a new television show by famed movie producer Walt Disney. It's a cue for the young network. Disney's new show is called "Disneyland" after the new theme park he is building down in the sleepy orange groves of a small southern California town named Anaheim.

The first episode draws almost 31 million people. During the episode, Disney tells the audience of his plans to build the park and opens up his studio for America to see...
Posted by Honor Hunter at 12:01 AM

To me, this event was a great demonstration of the innovation of Walt Disney. In one event we see two amazing steps:

1 -- An established member of the motion picture industry embraces television when the other studious saw it as a threat.

2 -- A film maker makes boldly steps into what was previously known as "the amusement park business."