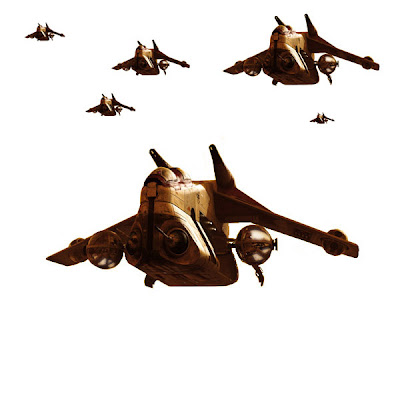 Or when something that I think is going to suck turns out to be good, or not suck. That out of the way, I just want to say that after having viewed the first few "Clone Wars" episodes on Cartoon Network, I must say that they don't suck like the Clone Wars film. I actually liked a couple of them quite a bit. The only exception to them so far is Anakin's new padawan, Hannah Montana... errr I mean, the Miley Cyrus inspired Ahsoka Tano, whom I just can't stand. Sigh... otherwise, it's a pretty fun show.

I hope that they stay this good and get better. I also hope that it bodes well for the live-action Star Wars television series too.
Posted by Honor Hunter at 11:12 AM

That's one of the things that sets you apart from a lot of the other online Disney sources.

I've also heard from others that the tv series is pretty good. I never saw the Clone Wars movie, but I just may catch the tv series sometime.

I still can't stand Ahsoka either, partly because she represents the fact that this series in non-canonical.

What still puts a smile on my face is the squid ship from the movie. Purely my own creation that I shared with the Star Wars community in 2005. Granted, to me, it was a Cartaoan Assault-class cruiser whose notable ability was grabbing ships with strangely biological tentacles and using a strange hatch where the squid beak should be and allows the Cartaoans to board the enemy vessel.

The reason Anakin went nuts in Episode III was because he was on the Jedi Council but wasn't a Master. A Jedi becomes a Jedi Master by gaining a Padawan Learner. Thus, this series is non-canonical because Anakin was made a Master.

Actually, I believe that Anakin is referred to as just a "temporary" teacher to Ahsoka in the series - but then again, I haven't seen the film yet, just the first two episodes.