Mouse Not On Voyage... 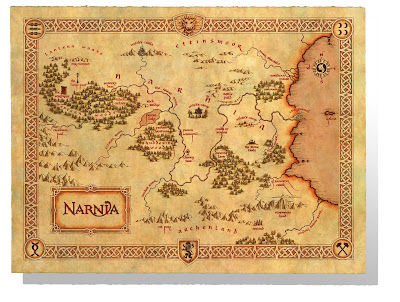 Wow, no sooner than I mention that the Narnia makeover of the Muppets building at DCA is in jeopardy we get this news...

Walt Disney Pictures has decided not to pursue its option for the third Narnia film. This doesn't mean it won't happen, but Walden Media will have to find another partner. So the film may still come out, but it won't be a Disney picture.

I've enjoyed everything Walden Media has done thus far and believe they are much more enjoyable films then what Disney has been offering at least as far as live-action is concerned. It breaks my heart to say it but if a third Narnia movie does get made it may be that much better without Disney's input.

That's a shame! Narnia could have been Disney's Harry Potter...

This is extremely depressing. they made narnia so amazing.

Personally, I'm very gratified that Disney has bailed on Narnia. The Chronicles of Narnia was a very mediocre series (I read the books years ago) and the hype intended to represent them as equal to Harry Potter or Lord of the Rings was a big mistake.

While Narnia can be considered good (in an innocuous way) family entertainment, it in no way reached the level of other more significant fantasy/SciFi achievements. And their attempt to portray them at the same level only makes Disney look foolish.

The Narnia books, IMO, are every bit as good as the LOTR books and far far better than the Harry Potters (which represent the ultimate in mediocrity when it comes to fantasy writing). It's just that Narnia and Middle-Earth ARE NOT THE SAME THING. Disney and Walden kept trying to imitate Peter Jackson's take on Middle-earth instead of trying to truly capture the feeling and lyrical imagery of the Narnia books. The franchise got stuck with an unenthusiastic Disney and Walden - a company that's pretty out of touch with solid fantasy film making (that horrible Water Horse - egad that was an ugly slimy unappealing creature). Narnia has yet to be captured successfully on film, and it's primarily Disney's fault. I've never been angrier with Disney as I am now. They give the franchise a half-hearted effort and then throw in the towel. It makes Disney look very very bad. For the record, I am not a Christian (agnostic), but I loved the Narnia books because they were just plain amazing. So I'm not mad at Disney over religious reasons. I'm mad at Disney for acting like a bunch of spineless accountants instead of creative people. Walt would be ashamed of them. Nuts to Iger. He's just Michael Eisner with marginally more hair.

I was out of pocket during the holidays and missed this news. Very, very disappointing. It shows the same kind of short-sightedness as their lack of investment in the parks. They greenlight dreck like "G-Force" but they won't invest in this. Sheesh.