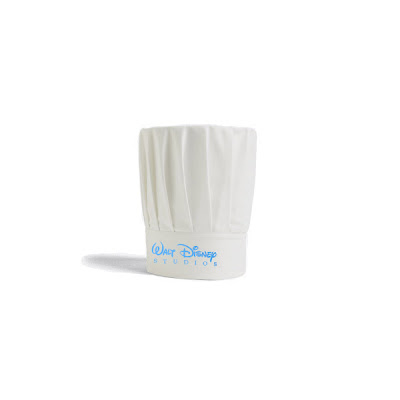 It appears that after Cook there may not be a Chef, I mean Chief...

The trade, Variety is reporting and Hollywood gossip queen, Nikki Fink seems to be confirming pieces of what may happen to the Mouse's theatrical unit over the next few weeks. Walt Disney Studios may no longer have one Suit to lead them all, but instead have several executives to handle various wings of the film division of the Mouse.

The non-Disney brands (Touchstone, Hollywood, Miramax, Bruckheimer, DreamWorks, Marvel) could under this scenario report to someone like Oren Aviv, the current production chief. The Disney brands (Walt Disney Pictures, Walt Disney Animation Studios, Pixar Animation Studios) would report to someone, possibly Rich Ross, president of Disney Channel Worldwide. Now granted, WDAS and Pixar reporting to this studio Suit would be more like confirming release dates and such, because all theatrical animation would be handled by Lasseter himself.

This will in a sense, fragment power across the company with everyone reporting to Iger. That way, in the future if someone does get fired, the effect will be localized and not disrupt other aspects of the various film divisions. It will be interesting to see how the different units work under this model, because if one of the divisions does dramatically better than the rest it's going to create pressure on the others to perform and place scrutiny on their own unit's business model. What hasn't been addressed if this happens is what will be done with a film that is handled by one division, say Touchstone Pictures moniker (like National Treasure) that later turns out to be worthy of the Disney Pictures moniker (like National Treasure). It seems they thought it would turn out to be too intense and harsh a rating to be under the family banner. Will they all willingly move films to other labels or will they create content that could in essense, compete amongst themselves?

It'll be interesting to see how this model works. Think of it as Iger the king and his many lords within the film kingdom. If Lasseter is able to work that Lamp magic at Disney Animation, he could inadvertently amass even more power and sway under this model. No matter if that were the intent or not. Interesting.

Developing...
Posted by Honor Hunter at 2:19 AM

The fragmented approach could be a very good idea. Its a positive direction to me.

With Walt Disney Pictures and the animation studios grouped together it does look as though this is a step towards Lasseter eventually heading up that entire "division".

Meanwhile I imagine that the other studios would operate individually with one suit to manage them.

Wait, I must have missed something... When the heck did Disney acquire Dreamworks?

Oh good, we need the guy who runs Disney Channel running more stuff...
We know what high quality entertainment that channel puts out...

His stuff actually makes money though, which is a lot more than you can say for a lot of people who run studio divisions in Hollywood.

They don't own them, but handle the distribution rights, which means you're going to see the Touchstone logo in front of it. Disney will get a fee and will handle the release of these films and whoever runs this part of the company will be dealing with Spielberg and Snider very closely. I never said they were owned. It will be part of the Disney brand though... at least through Touchstone.

I hope this doesn't mirror what Eisner did when Frank Wells died: take on more duties. We all know how that turned out.

Aren't most of Bruckheimer's films release under the Walt Disney Pictures banner? They should still be WDP.

Also, Won't at least some of the Marvel film be Walt Disney Pictures. Most aren't any more violent than Pirates, I know a film like Spiderman would work. And it does make sense that the Disney name be placed on the mild PG13 films.

Oh man, I'm gonna lose sleep until this works itself out

The head of the Disney Channel in charge of Disney Pictures!

Great, now I can pay money to see a feature film of Wizzardly Place? Ashley Tisdale as Mary Poppins the rapper? Live action Phineas and Ferb with Zac Efron and Corbin Bleu? Who knows, maybe they'll buy the Twilight series and bring in all those tween girls that have such bad taste.

Nothing wrong with making money; that is how the bills get paid.

Bruckheimer, Dreamworks and other outside studios at Touchstone

Axe the other labels that are hardly even used

To Voice of Sanity,

All Bruckheimer films
should go under the Touchstone label?
He's producing the following films:
Pirates 4, Sorcerer's Apprentice, Prince of Persia, The Lone Ranger and National Treasure 3.

Those sound like Walt Disney branded films, not Touchstone.

Was it not Cook who brought all of this talent back to the studio? If so. wouldn't firing him be a big blunder for Ovitz and Disney?

The point being that Disney pictures should be for internal films.

Besides there is no reason Pirates of the Carribean can't be touchstone.

Touchstone can have family films as well.

Cook also was responcable for a lot of talent to get fed up and complacent.

He might be mates with people but that doesn't necessarily lead to good ideas..

Hi Honor,
I know this is off topic but did you happen to catch Cloudy with a Chance of Meatballs? You often review and comment on the Disney/Pixar competition but you have barely mentioned this one when people are comparing this film to Pixar more than any other animated film released. Have you seen it? What are your thoughts? I personally thought it was incredible. Best non-Pixar animated film I have seen since Iron Giant. And that's saying A LOT!