Four For The Fifth... 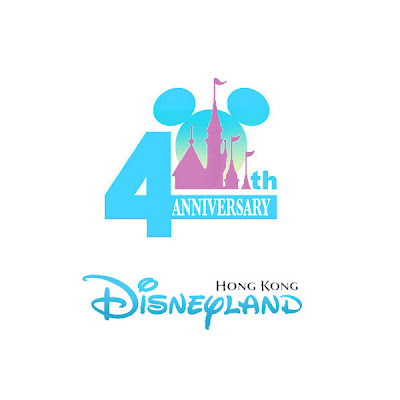 Today, Disney's first, but not last, park in China celebrates its fourth anniversary.

Hong Kong Disneyland was opened on this day on Penny's Bay, Lantau Island. While the smallest "Magic Kingdom" style park, HKDL is richly layered in great detail(unlike DCA), Disney paid close attention to Chinese culture, customs, and traditions when building the Hong Kong Disneyland Resort and followed the rules of Feng Shui in much of the park's construction so as to give the park good luck.

It didn't work, unfortunately. More so because of the lack of many E-Ticket rides than anything to do with Feng Shui. Three rides every traditional Disney theme parks has were left for future expansion... Pirates of the Caribbean (which was rejected by the Hong Kong Government), Haunted Mansion (Now known as Mystic Manor with it's own unique variation on the original) and It's A Small World which opened a year or so ago. The park is slowly making progress, but an impatient world doesn't want to wait for it to happen...

If you get the chance to go to the D23 Expo, you'll see some amazing models of the Mystic Manor and Grizzly Trail attractions (check out Disney and More's post on the HKDL Expansion). And this will expand the options that guest have at the park. This and several other things which could be announced by next year should make the park a worthy addition by the 2014/2015 timeline.

Progressively progressing...
Posted by Honor Hunter at 12:52 AM

Mystic Manor looks incredible. Grizzly Mountain looks very good, as well, but Mystic Manor is going to be the park's must-see attraction that people will rave about like JTTCOTE is at Disneysea. I might actually have to plan a trip to HK in 2013

Mystic Manor looks so frikin AMAZING. I hope it's better than the Haunted Mansions because this is much more thrilling. I love the voodoo statues that come to life; it's just like an Indiana jones hybrid. I still wish the expansion was bigger, and no TSL, but Mystic Manor will be as big as JTTCOE OR Tokyo's Tower of TError.

It has a link to Tokyo's Tower of Terror, but that's something for another day...