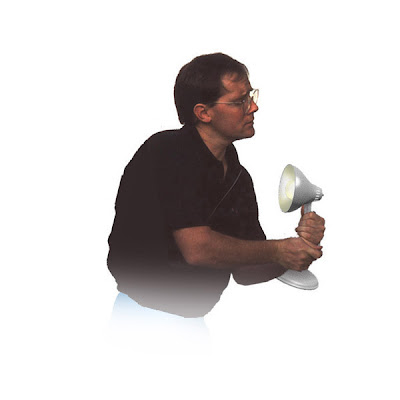 It's not like the Lamp hasn't ever done anything hand-drawn. If you watch the closing credits to Brad Bird and Andrew Stanton's latest films, the closing credits are all hand-drawn. If you bought the DVD for "Ratatouille" then you've probably seen the short "Your Friend the Rat," which was also hand-drawn. So the question becomes whether or not Lasseter will let them make one. He's already said each studio will develop their own projects and that they will be director driven studios. Will one of the Pixar directors say that he wants to make a project on paper? Or is their some unknown or perhaps unwritten rule up in the Emeryville Kingdom that doesn't allow for hand drawn animation?

I for one would love to see what a film under their guidance would look like if it was hand-drawn. And just because it's hand drawn doesn't mean it would/should emulate the Disney look or style. If you've ever seen their concept art it presents some original ways of making one of these films. Can you conceive of what one of these features would look coming from Docter, Stanton or Unkrich? Now I know that these guys are a little busy, but they've got a bench filled with talent. Wouldn't it be interesting to see what Doug Sweetland, Gary Rydstrom, Dan Scanlon, Jim Capobianco and Peter Sohn could do with this medium? This could be another avenue for Pixar's talent to shine. Just as WDAS is making a combination of hand-drawn and computer animated films, wouldn't it be a wonderful surprise to sit back and watch a Pixar film made with pencil and paper?

For me, not so much.

I agree with Honor, I've always wondered if Pixar would ever make a film hand-drawn.

Hungry Hungarian may not like it, but I enjoy you pondering questions that I myself have asked.

It's good to believe in possibilities and it's good to bring up questions like this to address.

I thought this was a great post. Imagine what a hand drawn film by Brad Bird would be like! Oh wait, never mind.

I honestly never thought of Pixar doing hand drawn animation. I think it might take me some time to get use to a hand drawn movie from Pixar, I'm just so used to Pixar's iconic CGI movies.

I've always wondered that as well, though I always came around to thinking that it likely wouldn't happen the way we'd expect a Disney Animated film to be made?

Given Pixar's strength (CG animation), I'd just guess that if they went that route, it would be part of the story... Maybe a CG-traditional animation hybrid a la Roger Rabbit?

Pixar's strength is story, not CG.

Okay fine, given Pixar's "preferred animated style" then. That they are wizards of story-telling is obvious.

My point still stands. A hybrid CG-traditionally animated film would be very doable if they chose to go that route.

I'm going to go out on a limb and speculate that a Pixar 2D-animated film would be about a set of oddball characters - perhaps even inanimate objects or non-human animals - that will be presented as funny because they're very much like people. There will probably be heavy pop-culture references and a four-beat pause before each punchline.

I'm also waiting for Pixar to make a movie after the heart of Walt Disney, a moving drama that offers a tear for every laugh. Stop the comedy and make me cry. (It's not hard to do, Pixar. I teared-up during the montage in the middle of Treasure Planet with the abandoned Jim Hawkins. As beautiful as it was, even the first fifteen minutes of Up didn't do it for me. Too fast, to jokey.)

This post is a bit lacking. There's not really much teasing or hinting about posibilities.
Likewise there is no real opinion in there other than "wouldn't it be interesting if.." and a bunch of "any of these people might want to"...
All i require is a bit of a voice man. Tell me who you think could be interested in traditional and why? Would they do a good job?
If this is an opinion post then give us one, not just the same thoughts I and a million other fans of Pixar and animation have.

Prince of Egypt was the best Western animated film ever. It's too bad that Dreamworks squandered the opportunity they created for themselves by following with Road to El Dorado. They should have followed up with an animated War of the Worlds. Spirit was actually alright, but by the time Sinbad rolled around, nobody cared anymore. Whatever daring territory they charted with a Biblical epic involving genocide was long gone.

As for Pixar... Well, I like to run a little thought experiment. Compare Pixar's first ten films against Disney's first ten films and Ghibli's first ten films, and then tell me what creativity looks like. I can agree that for Pixar it's all about the story. The problem is that their one story has played itself out already. It's time to write a new story guys.

Pixar's first ten movies do compare favourably with Disney's AND Studio Ghibli, and all three have produced brilliant movies.

To say that Pixar's stories have run out compared to other film studios is a bit rich when both of those studios as well as every other animation and live action film studio have general themes, character types, story archs and genres.

It's plain obvious to see if you pay attention, but in all cases it is certainly not a bad thing, its just the style of the directors and studios that are imprinted on their work.

Miyazaki is as much at fault for carrying similar concepts, themes and plotlines as anyone. And yes he is God. I love and own copies of all of his movies.

Yeah, that Up movie was dredging the bottom of the creative barrel, wasn't it?

Ghibli:
Nausicaä of the Valley of the Wind
Laputa: Castle in the Sky
Grave of the Fireflies
My Neighbor Totoro
Kiki's Delivery Service
Only Yesterday
Porco Rosso
Ocean Waves
Pom Poko
Whisper of the Heart

I grant that it is nice to see Pixar finally branching out. But by the time that they were making Toy Story 2, Disney was defining animation's potential as a serious artistic medium and Ghibli was making one of the greatest WWII films ever. Pixar simply does not even compare.

Half of those Disney films are hardly classics. Most were bombs anyway. Its only really animation nerds (like me) that are interested in films such as The Reluctant Dragon or Saludos Amigos.

If you want to talk technical achievements, Pixar have provided huge leaps in the development of computer generated animation that have surpassed anything that any other studio has attempted.

You're generalising the story of each film into a simple archetype. There is so much more to Ratatouille than being a movie about a random rat character.

I have no beef with any of those thirty films, they are all in their ways great, and a few are masterpieces.

I don't judge the creativity and experimentation of a film on the basis of whether or not it was a "bomb"... A lot of popular stuff is creative dreck. Overall, I'm not looking at the audience: I'm looking at the films and their context in the development of the medium.

So with Disney, just within those first 10 films you see rapid, expansive exploration of animation as a medium, from the first fairy tale to an unparalleled masterpiece of animation as an art form (which, btw, "bombed") to little bits of insanity to glimpses within the animation process to WWII propaganda to integrating animation and live action.

With Ghibli, one can certainly accuse Miyazaki and Takahata of regurgitating certain themes. Nausicaa and Totoro both feature environmental themes. Kiki and Grave of the Fireflies are both coming-of-age stories of a sort. Only Yesterday and Princess Mononoke feature strong female characters. But even drawing those comparisons should point to their deep dissimilarities.

Your attempt to use turn my same rhetorical flourish on Disney doesn't work because no one is going to mistake Snow White and Victory Through Air Power as comparable films. Not so with Pixar... How many of those movies are about anthropomorphic somethings looking for something else and derive their pop-culture influenced humour from that anthropomorphism? Pixar has been milking that exact premise since Toy Story.

Sure, Pixar has made significant technical achivements in CGI animation. But they haven't done anything with them except rehash the same damn thing over and over again. Like, I get it, toys and bugs and rats and cars and monsters and superheroes are funny because they're just like us. Yes, the robot is sweet because he thinks he's people.

To make matters worse, CGI has been mired into an even narrower ghetto than traditional animation, where every movie, no matter the studio, has to have the same sort of humour and preferably be about anthropocentric somethings looking for something else. If it wasn't for the five human actors, I'd say that the only CGI film to come out after Toy Story that was worth watching was Sky Captain and the World of Tomorrow because at least it's not a film in the Pixar genre.

Yes but those Pixar films are not about them being "so funny and cute because they are like us".

WALL-E is actually very aware that he is a robot.
Remy in Ratatouille is aware he is a rat and has limitations, but has a dream. Of course their are human characteristics, as are also in the characters in Bambi et al.

A lot of the stories have not been used on screen before and are therefore perfectly relevant.

Not all of those Disney films are as groundbreaking as you would let us beleive. Most of which present a developing animation technique that is comparable with that of any animation studio. The integration of live-action and animation wasn't groundbreaking nor was Fantasia as that style of film exists seperately in short animation prior. What is significant with that and Snow White is that they took what was short length concepts and developed into films.

Before those Disney films there are years and years of experience in short animation before, and with Ghibli you miss the films by the same directors before the founding of the studio. So it's hard to criticise Pixar as they are comparately much younger at this point in their career. That's why they are regarded so well.

Pixar produced the first fully CGI Film which is a classic, and beyond that they are about making animation that is accessible to the entire movie going audience. That's quite an achievement as it wasn;t so long ago that animation was only the realm of children.

The Incredibles isn't some throwaway movie about Superheroes acting like people.. Guess what they are people. It's also (sadly I might add - as a big comic book fan) much better, original and more human and dramatic than most other superhero films. Which is what the genre in the comics is actually about.

You talk about critical acclaim and you can't argue that the Pixar films, like those Disney films and those Ghibli films are all quality films, have been a critical as well as a commercial success. People in the industry, even those in traditional animation like the films.. SHOCK HORROR!!

I really don't want to start picking apart the Disney and Ghibli films because I like them all so much, but a lot of those films are losing or have already lost their relevance.