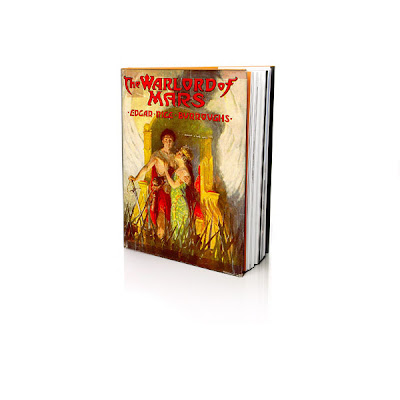 More of the cast for Andrew Stanton's live-action debut keeps lining up...

One of those actors has been previously associated with the project but was confirmed today. Thomas Haden Church, James Purefoy and Mark Strong have all joined the cast of Walt Disney Pictures “John Carter of Mars.” All three will play Martians that Civil War vet Carter encounters in his adventures on Mars. Church will portray Tal Hajus, an ambitious and viciously cruel Thark warrior who wishes to rule Mars. Purefoy will play Kantos Kan, the captain of the Xavarian, the kingdom of Helium’s grand warship. Strong will be Matai Shang, the ruler of the Thems who is worshiped almost as a god.

All of these actors join William Defoe, Lynn Collins and Taylor Kitsch, who plays the title role in this epic adaption of Edgar Rice Burroughs famous series of novels. A very strong line up of very good actors for the most part. Looking forward to hearing more about this film as the start date for the Mouse production looms ever closer. Can't wait to see some photos of the Kitsch dressed as Carter.

A bit late to the party here dude.

We should probably assume that the martians will all be performance capture, wouldn't you think? Can hardly wait to see first pics of this, you gotta believe that they're making something really special, here. *runs off to read original novel*

I wonder how they're going to get Matai Shang into the story? Neither he nor the Therns appeared in A Princess of Mars, and I can't think of how they could fit in. Interesting.

Wow, besides the two leads that really is a terrific cast. Kitsch isn't terrible, but he's definitey not one of my favorites. I guess it just annoys me because I really wish they'd have cast Carter older, like in the books. Yet even if they were set on him being in his 20's there are so many supremely talented young actors (Ryan Gosling, Emile Hirsche, Anton Yelchin, etc.) that it really seems like a wate to give the role to him. Lynn Collins just annoys me though, I've seen her in three different things now and she hasn't been good in any of them. Again, it just seems like there must have been better actresses to choose from.