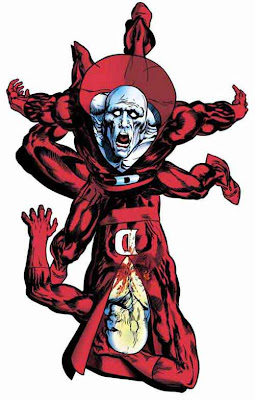 The man who never seems to never sleep, Guillermo del Toro, is producing another comic adaptation...

Accordingly to Variety, Guillermo is producing the film version of DC Comics' "Deadman" character. And now they've confirmed a new director for the project, Nikolaj Arcel (Island of Lost Souls). It appears that the production is heating up and hopefully, this is the start of a lot of really cool films from Warner now that they seem to get comic book properties. Thanks, "Dark Knight." Too bad Fox doesn't... or maybe they do with the new FF reboot.

Now, if Guillermo can take a little time from producing and writing all these other projects and get to a little film called, "The Hobbit," I'll be relieved...
Posted by Honor Hunter at 7:59 AM