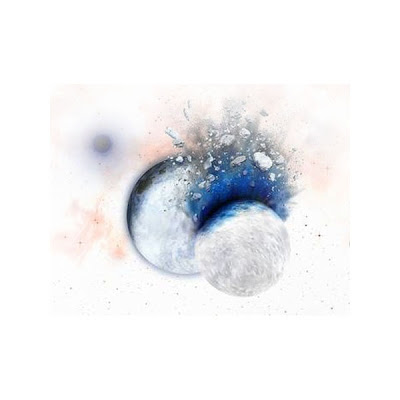 With the announcement that a new "Avatar" trailer coming this weekend I figured it was time to address a few things that are going to be happening over the next few years...

First of all, 3D is here. Duh. Yeah, I know, but by the end of this year it'll have kicked into high gear with the release of Cameron's new film. Presuming that the film is not a total bust and sucks all the money it cost to make down a black hole, you can expect to see many more films like this over the next few years.

But there are similarities to the characters and settings. But the main difference I think is Carmeron's film is more science fiction and Stanton's film is more science fantasy. The narrative he's going to be going with is more romantic than Avatar despite the love story in that film. It'll be easier for audiences to relate to Carter being human and his Mars Princess being almost human (she'll be orangish/coppery). Both films will have large budgets, although I don't think Carter will come in as much as Avatar, though I could be wrong.

But by the time this movie comes out two years from now it should be commonplace, almost an afterthought that it's 3D. The movie going public will not take much note since practically every blockbuster will be released in this format. So it's going to be even more critical that the Walt Disney Picture stands out from the rest. Being in third dimension won't be as much of a selling point as it is today. It'll have to rely on something that Pixar has earned its bread and butter doing: story. This film is going to have to rise above the markers set by today's films. It's going to have to set it's own. I'm curious to see what will happen. I've had friends tell me that if they get hold of the script that they'll send me a copy. I don't know if I'd read it because I've already read the novels and I want to be surprised by the film. I want to enjoy the virginity of seeing it and don't want to spoil the film by knowing every scene that is coming up. I experienced that with "Batman Begins" and chose not to do the same with "The Dark Knight." Now this isn't the case with that "Doc Savage" film coming out. I've been trying to get my hands on David Leslie Johnson's script for a few years. If I could get hold of that script I'd read it in a heartbeat. I've read a few reviews/descriptions of it and would love to turn every page of that one (hint to anyone that wants to send me a copy).

So while I realize there are challenges ahead for this film, just like Cameron's film had problems to overcome, I await seeing the stills, posters and trailers that will follow over the next year or two. Even though I'll be swept away to an alien world this holiday season, I'm excited to know I'll get to experience something similarly wonderful just around the bend in 2012.

Oh come on. You really didn't think I'd pass up that opportunity, did you?
Posted by Honor Hunter at 12:03 AM

Wow, a lot of people are buying in to how awesome the 3d is going to be in Avatar - but not me. I've already been bitten by that type of hype too many times already this year. In fact, as far as stereo-optic 3d goes, I'm over it. As long as they continue to offer the option (and I shouldn't say this because they are sure to stop offering the option), but as long as I have the option of seeing a movie in plain old 2d, that's the version I'm going to choose.

Looks like we're about to get Menaced by Cameron. I'ts time to dethrone the King of the World.

3D IS the future.
It provides something that is impossible (for now) to get at home and it makes it makes it VERY difficult to pirate.
I like the 3D aspect of the recent movies. It gives the movies depth. Most of the Disney stuff I have seen has not resorted to the silly "throw stuff at the camera" tricks that are common in the theme park applications of this.

Let me know when 3D is holographic. Until then, it's just a gimmick like it was in the 80's.

I hope that both movies are as totally awesome as your blog, Honor!

2012? Are you totally saying that the world is ending?

Well if you are implying that 2012 will be the end of the world, because of the Mayan calendar stuff, you may have to re-assess that notion.

Recent translations of the Mayan calendar show that the "end of the world" date won't happen until December 21, 22 or 23 of 2220.

I think Pixar will be Fine with Carter which is way more of a swashbuckling tale in the best Errol Flynn tradition. Sword fighting aliens, castles and giant flying ships were nowhere to be seen in the Avatar footage screened so far.

There's something not quite right about spokkerhaterhonorlover. Is gay flirting the same as trolling?

Yea I'd be careful about the new stalker.

This one seems clingy.. rather than aggressive and bitchy like me and the trolls.

Honor has a man-crush!

Haha, LaFluer took my name! Ten bucks says he doens't know where that name is from!