From The Creative Minds of Disney and Steven Spielberg... 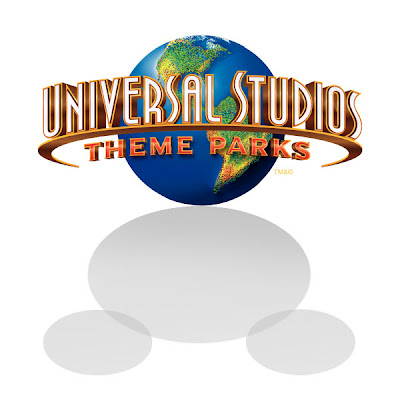 It appears that Steven Spielberg has renegotiated his deal with Universal. While his relationship with Universal had changed now that he has a new home for the next six years at the Mouse instead of the Globe; it was known that his contract with Disney didn't include anything related to building theme park attractions. It's long been known that Spielberg had a deal with Uni where could buy him out. That deal comes dues soon, or would have. So many, myself included, speculated that he might possibly work with Disney being as they have the most famous theme park division in the world. Won't happen. Not for eight years at least.

According to Nikki Finke's Deadline Hollywood, the famous producer/director signed a deal that expires in 2017. Is it me or is it ironic that that date comes a couple years after his deal with the Walt Disney Studios expires (2014-15)? So, unless some further tiff comes up over the next few years you can expect not to see any collaboration between the two on Shanghai Disneyland or anything else with Disney's name on it. Of course, should Steven and Bob get along well and the deal gets an extension after the current deal expires, something could happen.

Just not in this deals lifetime...
Posted by Honor Hunter at 1:34 AM

As John Wayne would put it: "Not hardly."

Have you ever seen Good Will Hunting?

There's a scene where Matt Damon's character puts down a pompous student for not having original thoughts.

Your writing abilities are very similar -- unoriginal and incessantly cribbing off of other people's materials.

Just like now. Can you come up with a putdown that's not a quote or catchphrase?

Honor, do you think Spielberg's extension with Universal would have happened if Dick Cook were still at Disney?

Well Bob, since Honor's close, personal friends with Steve and Bob, I'm sure he'll post the answer as soon as they finish having lunch this afternoon. Remember, Honor's on Pacific time, so give him a few hours.

Praise Honor Hunter and his infallible opinions! Strike that -- FACTS!!!

If Honor Hunter says it, it must be true.

Sorry, Steve and Dick. I'm sure he's friends with Bob, too. Oh, and John Lasseter. Let's also not forget every other fanboy contrivance. Additionally, I hear that the only way to commune with the spirit of Walt Disney is via Honor's AWESOME BLOG!

Why would Disney WANT to have Spielberg make attractions for them? Don't they have enough VERY talented Imagineers?
Doesn't Spielberg's deal with Uni involve ALOT of money and annual royalities?!?
What Spielberg movie would you want Disney to make an attraction out of that Uni hasn't already done?!?

Everyone's been clamoring for Schindler's List: The Ride, The Minority Report Experience, Amistad Adventure,, and a simulator of The Terminal.</i
.

Everyone's been clamoring for Schindler's List: The Ride, The Minority Report Experience, Amistad Adventure, and a simulator of The Terminal..

I see some jealous twat is still trolling your board, Hunter. Who did you scoop and why can't he/she deal with it?

As for Spielberg, after he effed up the last Indiana Jones film, I'm thrilled he's keeping the hell away from Disney. It's got enough problems right now.

^^ still not staying away tho.

Don't mind that one Anonymous. He's under the impression he's Matt Damon, works for Disney and that Blogger somehow is supposed to equate to Variety Online. He's very lonely.

Why WOULDN'T you want Steven Spielberg doing a ride design or two. It's not like Jurassic Park is a bad ride, it's just a bit outdated technologically. Steve still has a good sense of timing and suspense. And some of us liked his last few movies.

What do I have to be jealous of?

Am I really hurting your feelings that badly?

Not Matt Damon, not divulging where I work, and not under any sort of misguided notion that I'm reading Variety online. Most fourth graders could writer better than Honor Hunter.

And anyways, this place has become like Jim Hill Media. No focus, no actual scoops, and will soon be off of the radar of Disney.

Hopefully off your radar too.

Btw, what gets everyone so riled up and defensive in here. You all get pretty bent out of shape over my comments.

I think we're just amused at how easily we can control you. You see, we read this blog because we think it's interesting, not because it's Variety Online. You, however, are obsessed with talking about the writing of Honor, rather than of anything substantive, or even staying on topic. You've made it your personal mission to make people not want to read this blog by being it's personal troll. When in fact you're having the opposite effect. And we control you by commenting, as we know you just can't stand not to have the last word. We find you amusing. Continue on, Emerson.

You're right. I'm a troll and have nothing to add to the discussion. And quite honestly, neither does anyone else here. Honor should (honestly) shut down the comments. They are a bore.

Since we're on the topic of adding something here to this discussion, what do you have to add to the specific topic of Spielberg/Disney/Universal.

And lastly, I couldn't care less whether or not Honor has readers. How the hell could I affect his readership, either way? Do I attract more good readers magically by critiquing his writing ability?

Maybe I'm oversimplifying but this seems like a situation where Spielberg was holding all the cards and Universal had virtually no other choice than to extend the deal.

If Spielberg had exercised his buyout clause, it would have cost Universal "hundreds of millions of dollars" according to the story in the NY Times.

With Universal wanting to keep the parks afloat and in the midst of merger negotiations with Comcast, they had to eliminate the threat of that potentially disastrous buyout.

It's entirely possible that Spielberg is getting paid to do nothing...and will continue to do so for years to come.

I'm gay. Is there a issue with that?

Yes there is apparently

Anonymous, I really enjoy reading your comments. Your writing skills are what, that of a second grader? (2nd if you have trouble understanding two syllable words).

Steven Spielberg is my favourite!