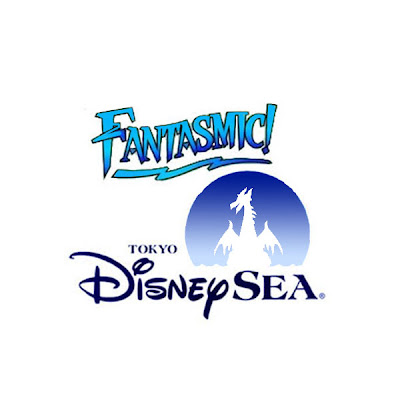 I was told about this a few weeks ago but wasn't sure if it was a rumor or just speculation and so I sat on it...

Oh well, nobody bats a thousand. But it appears that the powers that be in the Oriental Land Company have opted to use a version of Disneyland's "Fantasmic!" instead of DCA's new "World of Color" show. The logistics involved in restructuring the harbor and the expense issues involving the complex water show made the original show at Disneyland far more attractive. Who would have thought that the original Disneyland Resort would finally get something too elaborate for Tokyo? It appears that all that work done to enhance the new version of the nighttime show is going to be subsidized by Asia.

I was curious as to what was happening with the WOC talks since I hadn't heard from my Bothans on the subject for a good while now. Another source provided me with the news last month and I sent out some questions to a couple Bothans. They've been very quite lately, since jobs aren't as secure. Well, it appears that the official news hasn't yet been announced, but we may not have to wait too long. I have a feeling that something will appear before you know it. It is strange that the original Tokyo Disneyland isn't getting this show, but instead TDS is. Just another reason to visit the Tokyo Disney Resort's Second Gate.

As if there was any new reason needed in the first place...
Posted by Honor Hunter at 7:56 PM

I'm glad.
Its good to know that World of Color will be unique to DCA.

Yeah, it shows how Lasseter and Crew are really working to make DCA a world class desination if they're going to have something that is too complex and expensive for OLC. That is cool.

I agree... I am very excited if DCA finally gets something as big as World of Color that will actually be unique to this park. The way the clone everything these days anything that can be a unique experience is a breath of fresh air... and DCA really needs it!

Honor, May be TDS won't have the World of Color show because it was impossible to empty the TDS lagoon. In DCA it was simple because water don't run everywhere in the park but at TDS it's not the case, The Mediteranean lagoon water goes all around the park not to mention the boats part of the theming of New Yourk's harbour floating on the same water and also the boats going all around the park from Meditteranean harbour to Lost River Delta.
Frankly, i think it would have been so difficult to empty the front lagoon only that it became impossible to do the World of Coor. Which won't be the case for Fantasmic as the show use mainly floating floats.

Would introducing this show replace anything?

Will it be the same as Disneylands version or a new adaptation like they did at WDW?

My first thought was "isn't TDS's lagoon/water system too shallow for WOC?" I've always been under the impression it's a few feet, like DL's ROA...I could be mistaken though! :P

One way to empty the lagoon would be to build temporary dams holding up the water in the other areas. I've seen this done on a very small scale at Disneyland (with sand bags keeping the water in some areas but away from the castle). On a much larger scale, when redoing the landscaping around the lake in New York's Central Park, the park Conservancy build temporary dams so that they could keep the lake open while working on one area at a time. The dams were made of wood beams inserted at an angle (to create a shape like the side of a bowl) and covered with what looked like swimming pool liners. They drained the area behind the dam and got to work. Once they had restored an area of the lake, they would move or build new dams in other areas.

DCA finally gets something that will only be at DCA. And it's also cool that the show is too big and elaborate for TDS.

TDS's Fantasmic will blow Disneylands out of the water unfortunately.

I assume they'll go all out and tweak the show so that it's not simply Mickey having some dreams but that'll it'll be him experiencing dreams of the exotic locals and experiences TDS offers.

Finally! I was kinda hoping Tokyo DisneySea would have Fantasmic! And it's about time if you ask me. Of course, one variation I thought they might have is if they combine both versions from Disneyland U.S.A. and Disney's Hollywood Studios into one big spectacular show! Another idea is to put Tinker Bell in Mickey's place, but that probably wouldn't happen. Hey, a pixie dusted fan can dream, can't she?

Hopefully they don't build an amphitheater like they did for WDW.

Honor, you bat nowhere near a thousand. Maybe more in the .200 range.

Ok, it's time for OLC to outdo themselves and Give Fantasmic a 55 ft full-bodied dragon that roars and breathes fire over the whole lagoon. I'm excited and jealous for possibly seeing the most superior version of Fantasmic ever! Haha...sniff sniff