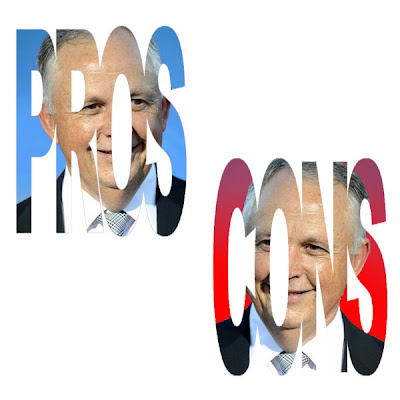 With Rich Ross taking the spot Dick Cook has held for the better part of this decade, I thought we might take a look at the films that have been greenlit during his time at the top...

Now remember that this is clearly from the standpoint of Blue Sky Disney and I'm sure others will/can/should disagree. In coming up with this list I'm not necessarily mentioning films I like, but talking about films that were hits and made money. Remember, money is god in show business and there are no atheist in this town. Some will be a mixture of both, this isn't a science... it's opinion. Mine and only mine.

Dick Cook took the reigns of Walt Disney Studios in 2002, replacing Peter Schneider who had replaced Joe Roth in 1999. He's lasted longer than most studio suits, but unlike most executives in Hollywood, Cook was genuinely liked by almost everyone. A very, very rare thing in the film industry.

This will take in an account of many/most films that were greenlit during his tenure; I'm sure some will be missed but most will be mentioned. I'm not focusing on any that came out in 2002 because he just got there and nothing he approved would be out the pipeline until 2003 at the earliest. And these include all three labels of Walt Disney Studios: Walt Disney Pictures, Touchstone Pictures and Hollywood Pictures. Miramax is a rebellious sibling that answered very little to the Chairman.

So without more excessive blathering let's focus on his good and bad choices...

Tron Legacy
Pirates of the Caribbean: The Curse of the Black Pearl (and its sequels)
Miracle
National Treasure (and its sequels)
The Pacifier
Sky High
Glory Road
The Chronicles of Narnia: The Lion, the Witch and the Wardrobe (not so much its sequel)
Invincible
Enchanted
A Christmas Carol
Old Dogs
Alice in Wonderland
Prince of Persia: The Sands of Time
Frankenweenie
John Carter of Mars
20,000 Leagues Under the Sea: Captain Nemo (I'm crossing my fingers on this one)
The Sorcerer's Apprentice (just pure speculation here based on the director)
When in Rome
The Proposal
Wild Hogs
Apocalypto
Deja Vu
The Prestige
Flightplan
Cinderella Man

If you notice, there are several on the list that haven't yet come out and their slot on this list is a result of my own opinion mixed with the buzz I've heard as well as market speculation about how it appears the film will do.

Also not taken in to account are certain films from ImageMovers, Disneynature, DreamWorks and Disney's Double Dare You which were deals that Cook was intimately involved in putting together. As well, the Marvel deal is in the very early stages and since the ownership won't be finalized till the end of the year there really won't be much that would have the influence or involvement of Dick Cook.

So now that I've listed my take on the matter, I'm sure you'll give yours...
Posted by Honor Hunter at 7:09 AM

Well, it's a woefully incomplete list, but I love lists so I'll play along for a bit.

First of all, "Beverly Hills Chihuahua," "Open Range," and "Eight Below" were all successful films. The talking dog movie was a solid hit and has spawned a sequel. The other two were not huge blockbusters, but they performed well in relation to expectations. I actually think "Eight Below" would have hit $100 million had it not been for "Shaggy Dog" which basically cut the legs out from under "Eight Below."

On the other hand, you can't consider "Deja Vu" as a PRO. It was kind of a flop in relation to cost. I also think it's pretty silly to include movies that haven't been released yet as PRO, expecially when your declared criteria is rating films that were hits and made money.

"Enchanted"? I actually think it was box office disappointment. Likewise with "HSM3" which you didn't list. "Cinderella Man" was kind of a flop too. For the record, I like all three of those films that I just named.

First off, Doopey, You are the seven words you can't say on T.V.

Second, I really have a bad feeling that we're going to get more cons from Ross than pros. Seeing how Cook had so many "buddies", while Ross has nobody.

Agree with Doopey's comment on Eight Below. It didn't have a very large gross, but the movie cost practically nothing to make and therefor actually made more profit than many other films.

Well, I'm glad you're with me half the time, Flip-Reverse...

As for including films that haven't been released? These are films that Cook approved and his influence is over them so it's totally appropriate in my opinion.

And I talked about the list being a combination of things. Box office was one of the reason, but not all of them.

Btw Doopey, I liked two of the three you named.

As I said, you have your say and I'll have mine. Feel free to leave your own opinion here, that's what the comments area is for...

I agree Honor, you can't expect anyone to take this analysis as unbiased if you put films that haven't been put out yet in the Pro column. Just because you are excited for an upcoming film it doesn't mean it will be well executed. Conversely, some films that I hated the idea of and were not excited about (namely Pirates) became runaway hits. I still think they sucked but if we're looking at this from a business standpoint I'd be forced to put those 3 in the Pro's column.

I agree with Doopey. a lot of the cons are, actually, moneymaker:

The real flops are:
Home on the Range
Around the World in 80 Days
Miracle at St. Anna
Surrogates
Swing Vote
The Alamo

Another slow news day at Bluesky...

Dick Cook was against bringing back 2-D animation. That's all the con you need.

Considering this is a blog... a blog naturally entitles the opinion of the writer.

Some people must have missed the memo.

Though I don't agree with all of them, I know that most of the things mentioned are spot-on. Not all, just most.

Add another coin to the "Yeah right on" jar.

Why can't people get this?

So many of the cons were remakes or revisits of previous hits. Cash grabs. The biggest travesty, for me personally, is the first on that list. The Haunted Mansion was almost insulting to moviegoers, let alone fans of the classic attraction.

Whatever your opinion of the various movies, the list definitely makes it clear that Cook was very hit-or-miss with his film selections.

Surely Haunted Mansion was a pro. That was awesome. It was exactly like the ride made into a film.

Hmmm... I mostly agree except I'd love to know the criteria for listing Open Range as a con. I love that movie, it's certified fresh on Rotten Tomatoes and it turned a nice profit. Not really understanding the opinion there unless it's a "I just don't like it." deal.

I'll disagree with your con list over many films, simply because of bad marketing. Others that tanked, at the time being made--like Haunted Mansion, had too much suit intervention. Example: at that time the sequel argument was in full war and any remake was
considered a line of quick cash regardless of quality levels.

The Marvel deal is brilliant, but flawed on levels--Iger's problem, not Cook's. I would gladly trade a hundred suits for a Cook or Ouimet.

Can anyone say Dick Cook Studios? Where's that pile of cash, it's around here somewhere.

Studio chiefs, like NFL quarterbacks, get too much credit for the good and too much blame for the bad. Too much can happen from the time a movie is greenlit until the movie ends up on the screen to affect how good of a movie it is. A bad script can be turned into a great movie by a good director and actor while a good script can get ruined by a bad director or too much studio influence.

The chief goal of a studio boss should be to find good talent and provide them with the tools and people needed to make great movies.

I recently watched "Miracle at St. Anna" and it was a very good movie. It may not have been a box-office hit, but I wasn't disappointed. Some of the box-office hits were garbage.

lol, I've only seen three of those movies.

I agree with Doopey's comments, and I have to say I think including Tron Legacy in the Pros column at this point makes me think you're a bit blinded by your personal feelings about the film.

It could be an artistic and commercial success, but there also is huge risk. Tron Legacy is an expensive movie that's a sequel to a cult classic that arguably doesn't have all that much mainstream appeal. I think there is a fairly strong likelihood that its box office performance won't be sufficient to justify the massive costs and marketing already expended on the film.

The same could probably be said for any of the unreleased films on the list. Alice in Wonderland will enjoy some degree of success because of Depp, but to list it as a pro already? I think that's overzealous.

Tom, this is about Cook's choices and Tron Legacy and Alice are some of the last of his choices for the studio.

They're totally appropriate for this since it's judging him based on his pics.

Yes, I fully understand that. I am questioning whether the evaluation of said films is accurate. I believe it's overly optimistic and highly speculative to label them both pros at this time. Those are two big budget films that will need to be hugely successful at the box office in order to be pros. I think they both appeal to niche audiences, meaning the high budgets are a bit unjustified, and the box office success more difficult to achieve.

Well, Is anyone who reads this blog surprised that Honor put Tron Legacy into the pros column?

Hey, I'm as surprised as anybody...

If you've read my stuff you'll remember I always loved the concept but not the movie. It's got a very clunky script and dialog at times is atrocious. But I find myself being swept along with the feeling that this time, it could turn out to be something truly amazing.

Ross is the guy who took all the Disney off of the Disney Channel. BIG MISTAKE!