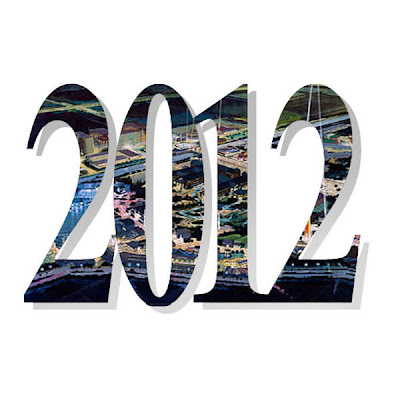 When summer 2012 rolls around, Disney's California Adventure will enter a phase it should have been experiencing a decade earlier...

A year more than that actually. Eleven years it will have taken. But you know what? Not only will DCA be different, but the entire resort will have grown into something much closer to being legitimately called a "resort." If all those extravagant plans for WestCot or even the original plans for Disney's California Adventure had been done then the realization of a true Disney Resort would have been realized by now. But budget cuts and clueless leadership stunted what could've been a great expansion. The resort we were promised never materialized. The one that we see in 2012 won't be exactly like the one proposed, but it'll be extremely closer to that actual realization. Think about it...

By that time DCA will be larger in size (20% bigger, actually), re themed in appearance to reflect the detail one expects from a Disney theme park. Most of the under themed or not really themed at all areas will be look totally different. A Victorian seaside pier, an idealized representation of Walt's California; the one he first saw stepping off the train, a more authentic 30's Hollywood section, an entirely new land that immerses you in the wild west and transforms you inside a young boys racing dream. If you think about it, the areas that were the best themed will now be some of the least desirable. The Golden State which was affected by the budget cuts the least has always been the most lavish area of the park. This was because it sits next to the expensive and lavishly themed Grand Californian and Eisner, Pressler and the Suits were so stupid as to put an eyesore near it. Their stupidity lied in not realizing that once they left that area they would notice the decline in quality.

Of course the area originally had AA's of wild animals that got cut. The Extreme Makeover originally was going to remedy this and also take away the modern elements in favor of a turn of the century Yosemite themed national park. But it will have to wait... should those crowds materialize the words "Phase Two" comes to mind. Once this almost billion dollars is spent the park will look drastically different, but will still have work to be done. But it'll be at a point it should have been on opening day. Thankfully that opening day will finally be here and we can enjoy the Second Gate like a true Disney park. We can also plan on seeing some amazing additions over the next decade as guest pour through those turnstiles and buy all that merchandise with new logos and designs on it.

But also in 2012 there will be other things not seen in February 2001. Like a vastly expanded Grand Californian with DVC units for the first time. A Disneyland Hotel that is much more worthy of the name. Much more extravagant and plussed with the bells and whistles Disney Fans/Geeks have come to expect. And right next to those three towers could be a fourth structure rising if all goes well.

At least one of the two new hotels that Disney planned on operating in the Garden Walk could be close to opening. So there will be added value there as well. And hopefully we'll hear next year about an expansion of the Downtown Disney retail area. Of course, this all depends on how spending goes and if the economy takes another nosedive or starts to head into recovery.

And remember, DCA is the Second Gate. The Original Gate will have a Tomorrowland that has a few new shiny things; more if the guest keep coming in. And if they do, that big piece of wasted space taken up by Innoventions could be sporting a swanky new E-Ticket that is going to make those three hour lines for Space Mountain's Ghost Galaxy seem short. Trust me, it'll be worth it. If things work out the entire area will be remarkably better than the worn out feel much of the TL 98 theme conveys to guest.

Like everything in life, there will be challenges, but finally the Disneyland Resort will be in a place where it can truly be called an actual resort. Not a mini-resort like it's been the past decade. The Oriental Land Company realized this when they built their new park into a resort back in 1999-2001. We got to see as each piece the OLC opened up, just how wonderfully elaborate and detailed their plan and the construction of it was. Back in America on the west coast, we got to see Eisner's stopgap measure that we were told was a resort. Now, come the early part of the next decade and we'll actually have those words turned into a reality. A new Disney resort and a new Disney theme park right here in Anaheim known as the Disneyland Resort.

Not just a nice hotel, new signage and a carnival in the parking lot...
Posted by Honor Hunter at 12:56 AM

What exactly was the point of this article? DCA bashing is so 2003! The park is getting a billion dollars worth of expansion - do we still need to hear the moaning and whining about the way Eisner ran the company?

I guess the point is you don't know how to read. Honor was talking about how great it's going to be in 2012 to finally have the park we should have got in 2001.

He's saying it's something good, something to look forward to. Perhaps you're the one looking at this negatively.

Yea there is a good future for DCA. I hope so anyways. I guess the timing of this post was quite deliberate eh? It is afterall the same sort bits and pieces you've posted before and again ;)
Nice all the same and some good points. You got any goss on how things are going, what can we look forward to that isn't well known?

You aren't kidding about those lines for Space Mountain. It was still 95 minutes at midnight as I was leaving the park.

I'm going to start up a convo here, Honor, feel free to partake.

Last time at DCA, I saw exposed ride mechanics, cement theming, and cables running all over the fun wheel and Screamin.

Heck, here's one. The mirror finish on the cement around the wheel was blegh, but even that has been taken away and just plain cement left in its place. How is this a Victorian pier?

Back in the day when this was 1st announced, it was said ALL of this would be fixed... the naysayers said they refused to believe it...

Well, here we are, on our way into the redo, and so far our Victorian Pier has been a bust. I am very quickly becoming a naysayer.

/\ I guess the Victorian facades for the new Midway games mean nothing to you?
Plus, the store facades are going to get the Victorian treatment as well.

(I'm not being nasty, I'm just making a point)

Oh, they mean everything to me, they're absolutely beautiful!

But what are they worth with horrible unthemed metal fencing and visible wiring/piping and mechanics in front of them?

Anonymous said:
>>>What exactly was the point of this article? DCA bashing is so 2003! The park is getting a billion dollars worth of expansion - do we still need to hear the moaning and whining about the way Eisner ran the company?<<<

A DVC member here, stayed at the VGC, and was blown away at the luxury. Plan on staying more there, and less at WDW. I can see how things will be for the better in the future. Writing this from FLA at OKW, which is showing it's age. But there is a refurb going on here. Perhaps more DVC at the 4rth tower? We'll stay there. Hate to keep mentioning DVC, but our membership, and the new VGC make us want to stay longer on property, rather than just a day trip.

A couple of spelling errors just a few words from each other:

^No one likes people who correct others spelling. Please get off your high horse and realize people make mistakes.

Honor I know you used to be a big DCA basher. So was I. And now I am beginning to love DCA. It's nice to hear other people changing thier minds about the park.

It's not that people are changing their minds...

It's that the park is changing.

That was the point all along...

So after all this work on the San Fran bathrooms when they put in TLM will those just be left to clash? or are they going to retheme them again.

Any news on Phase 2? Please please!