The Limits Of Power... 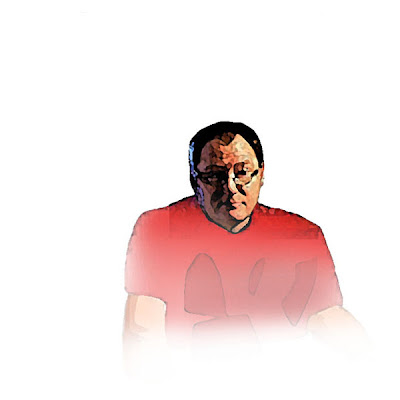 John Lasseter is a man in extremely interesting position at the Mouse; both for what he can and can't do and the perception that has been built around him...

As much as I love him and respect his work, there's only so much he can do. Remember that his title is Chief Creative Officer, Disney and Pixar Animation Studios, Principal Creative Advisor, Walt Disney Imagineering. He's an advisor, he doesn't run WDI; that's left to Bruce Vaughn and Co. as well as the decisions that Jay Rasulo makes. Not to say that he doesn't have power with the credibility he has from the Pixar films. Success opens many doors and his ability to create blockbuster after blockbuster keeps an open ear to the Imagineer leadership. Having Iger's ear doesn't hurt either. But with the firing, yes firing of Tim Delaney and Valerie Edwards it's clear that there are limits to his power. He's worked with Delaney quite a bit and would more than likely not have fired him. But he's not in that position and he's a pretty busy man with that animation thing he's got going.

It doesn't mean he won't/can't acquire more power, but that's something that's going to take time and more success at the box office. His ability to influence where the company goes right now has been a direct correlation to the power and perception of the track record of the Lamp. If "The Princess and the Frog" comes out and does great, it's not only going to raise moral and spirits at the Hat Building; it's going to create job stability there. As they continue to make more and more stable product there's going to be less releasing people as projects wind down. And in a few years the southern California branch of Disney feature animation will start doing what the northern California branch does. Hire more animators. It won't happen overnight, naturally, but with success comes growth. Should the next couple of years address the story problems Disney films have had for most of the last decade, we should start to see a much brighter outlook for fans of Disney Animation.

And with that comes more power for John Lasseter and Ed Catmull. The more they're able to take Disney and make it smart, quality animation with clever storytelling, the more say Lasseter will have over other parts of the Disney empire that don't have much to do with feature animation. From the running of Disney Toons to Disney Publishing to an affect on Walt Disney Television Animation. Having Lasseter's influence over the quality of other products and entertainment in the Walt Disney Company is a good thing. A company is lead from the top down. If the leader is corrupt it bleeds down into the rest of the company. The reverse would happen if a company was led by someone of great character and values... like Walt Disney, for instance? Disney has already benefited from the three years that John has been there. It'll benefit much greater from the coming decade if John Lasseter is in charge of a good portion of the company. And that brings me to Jay Rasulo... once again.

As I mentioned earlier, Lasseter is an advisor... an executive in WDI that has little power in written form. His influence comes from the respect he's garnered over the last decade. What he says will carry weight, but it won't alter the inner workings of day to day life in the halls of WDI's headquarters in Glendale. When Rasulo resigns or is fired, and someone else is put in that is more in line with Lasseter, we'll start to see faster improvement. John doesn't deal in the day to day running of Imagineering and doesn't have the influence to overturn some Suits wrongheaded plan to fire or reassign someone from a project. That's going to take more time and changes that have yet to occur. As the movies continue to do better, the DVD sales continue to generate cash and the current projects that Lasseter is working on for DCA premiere and more importantly, bring more people through the gates, you'll start to see his influence increase inside WDI. It doesn't mean that there aren't problems inside the company, but it also doesn't mean there's not a great deal of opportunity lying ahead.

You just have see the positive and watch out for the potholes along the way...
Posted by Honor Hunter at 12:58 PM

"You just have see the positive and watch out for the potholes along the way."

Well said Honor, I agree with you.

Just don't say that on an actual Disney fan message board like mouseinfo or miceage, they'll bite your head off.
Sadly, most of the Internet is cynical and negative.

So, thanks for your cautiously optimistic outlook. :)

But how many Imagineers like Wing Chao and Tom Delaney will be fired before Rasulo leaves, or Lasseter gains enough clout to counter him?

Anonymous #1- thats also my personal belief. And this may be biased, but I see MouseInfo believing that more then MiceAge. If you said that on MiceAge, the people in charge of the site would attack you moreso then the regular people on there.

From your lips to Iger's ears.

If Iger gets Lasseter involved in the video games, he'll be lost. I think Iger is more focused on the "interactive aspects" than on any other particular element of the company. So if he turns Lasseter in that direction, he probably won't be able to put any time into Imagineering.

That MAY actually be a relief to Iger as he probably feels that Lasseter's attention to Imagineering is coming at a high cost: everything that Lasseter gets involved with becomes more expensive.

I believe that if Iger's attention to video games gets too focused, Disney may completely lose what's remaining of it's theme park lead.

Makes me wonder if John Lassitors relationship with Steve Jobs could help push the board for the removal of Jay. The only problem is see is that Iger needs to start seeing the reality and stop giving Jay credit for so called succesful promotions that he has pushed through the Disney parks branch

John Lasseters forte is the encouragement of others to develop the best possible story.

His skills aren't necessarily in-tune with the requirements of a video game development, or a theme park ride to be quite honest.

But do use story to deliver the goods, so there is some cross-over there. He fits rather well as a consultant or advisor to those departments. Definately not right for a head role.

"And this may be biased, but I see MouseInfo believing that more then MiceAge. If you said that on MiceAge, the people in charge of the site would attack you moreso then the regular people on there."

The guys who have huge post counts on miceage and think they own the place will attack you and then have all of their cronies back them up. Peeps on mouseinfo will play with you and discuss, but wont full out attack you like miceage.

Miceage is run by a bunch of people who run around rudely belittling others and is populated by people who don't know or care enough to do anything about it.

Since Lasseter doesn't run day to day operations as you have stated, he is unable to stop people from being assigned due to the fact that he cannot adequate defend them, rather than a statement on his power. He appears to deal with projects rather than people. He can affect major change on the results, but has little say on how it is carried out. The limitation is the amount of detail he is willing to take on. I'm not sure he CAN or SHOULD vouch for anyone. He will be killed from the political infighting and any fall-out from that will reduce his influence and how will that help?

"Just don't say that on an actual Disney fan message board like mouseinfo or miceage, they'll bite your head off.
Sadly, most of the Internet is cynical and negative."

On miceage they'll label you a DOM (defender of mediocrity) and immediately declare anything you say as null and void being you simply don't know what is proper for a theme park.

I like when people are honest whether they are positive or negative. If you put your honest opinion on the Internet, then you've made a good post in my view.

Also, the problem with MiceAge is not necessarily that they will attack you for stating your honest opinion, but when you give it back to senior members the same way you'll be "disciplined."

Figures a negative post about a Disney site would bring you out of your grave.

Now then, shoo, away with you!