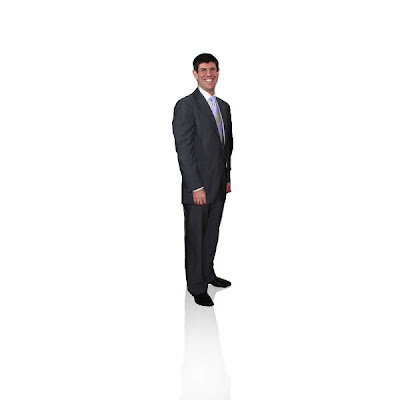 Well, the Los Angeles Times is reporting that Rich Ross has been named head of Walt Disney Studios...

It appears Cook wasn't the only studio suit to be replaced. It'll be interesting to see what pictures Ross lines up to turn around the live-action film division of the Mouse. As much as I love Dick Cook, the last few films that have come out under the Disney name were underwhelming at best. That said, I really cringe at the thought of seeing something along the lines of Hannah Montana or High School Musical material define the theatrical brand. I want to be wrong and would like to be surprised by his choices in a good way. Bob Iger was so right in his business decisions on Lasseter and Pixar; he'd better be right on this one as well.

Interesting that the LA Times took down their article, but others are still reporting the news...

UPDATE: Brooks Barnes over at the New York Times is confirming the story as well.

Rich Ross, President of Disney Channels Worldwide, has been named Chairman of The Walt Disney Studios (NYSE: DIS), it was announced today by Disney President and CEO Robert A. Iger.

Ross will oversee worldwide production, distribution and marketing for the company’s range of live-action and feature animated film labels, including Walt Disney, Touchstone, Miramax and Disney/Pixar. In his new role, which he assumes immediately, he will also head Disney’s theatrical and music groups.

In his thirteen years at Disney, Ross has consistently created hit original programming, effectively expanded a worldwide creative and distribution organization, skillfully built the Disney brand with global franchises that work across borders and technology platforms and put in place a strong management team.

"Rich has an outstanding record of creating high-quality family entertainment that delights audiences around the world,” said Iger. "With his success in building the Disney brand across many of our businesses, his astute marketing sensibility, his proven ability in working effectively with talent and his skill at navigating complex global markets, I’m confident he’s the perfect leader for our studio group.”

"I am very excited to play a key role in continuing the storytelling legacy of The Walt Disney Studios. There has never been a better time to entertain our global audiences with high-quality and compelling content and introduce new characters that will become family favorites. I look forward to working with Bob, the team at the studios and all of our Disney family towards that goal,” said Ross.

Under Ross’s leadership, the performance of Disney Channels Worldwide has been consistently strong in both creative and competitive terms, in the U.S. and globally. The group now includes a total of 94 channels and channel feeds available in 163 countries in 32 languages and features such brands as the flagship Disney Channel, the boy-focused Disney XD and Playhouse Disney for younger kids.

Ross has also overseen the growth of Radio Disney and of the group’s multiplatform offerings, which includes subscription video-on-demand and content-rich broadband websites DisneyXD.com and DisneyChannel.com, the number one kid’s entertainment website among Kids 6-14.

In the U.S., Disney Channel has been the #1 TV network among Kids 6-11 and Tweens 9-14 for the last seven and nine years respectively, buoyed by such breakout series as Lizzie McGuire, That’s So Raven, The Suite Life of Zack and Cody, Hannah Montana, Wizards of Waverly Place and Sonny With A Chance. Stars of Disney Channel programs, including Raven-Symone, Selena Gomez, Jonas Brothers, Demi Lovato and Miley Cyrus, have become household names.

Disney Channel’s record with original movies is equally impressive. With recent blockbusters like High School Musical 2, Wizards of Waverly Place The Movie and Camp Rock, Disney Channel can claim cable’s top two movies of all time and three of the top five.

Ross joined Disney in 1996 as Disney Channel’s Senior Vice President, Programming and Production and was promoted to positions of increasing responsibility before being named Disney Channel president in April 2004. Prior to his tenure at Disney, he was a member of the executive team that launched FX Networks. Ross also held several senior positions at Nickelodeon from 1986 to 1993 where he oversaw talent booking, casting and program development and was involved in the launch of the channel’s first successful syndicated show and its first international network.

Ross is a member of the Board of Directors for Hollywood Radio Television Society and Cable in the Classroom – an organization that represents the cable telecommunication industry’s commitment to education. A native of New York and a 1983 graduate of the University of Pennsylvania with a Bachelor of Arts degree in International and English, Ross received his J.D. degree from New York’s Fordham University in 1986.

one would assume that managing the Disney Channels requires greenlighting a certain type of project than for the Studios.
obviously some things are only possible on TV and some only on film.
likewise there is really only a narrow target audience on the channels compared to the audience that needs satisfying in the films dept.
so it would seen likely that this guy won't be planning on bringing all of those teenie and children based concepts over with him to the film division. after all this is being billed as a new challenge for the guy, so he;s not going to just do the same thing and hope for more of the same success.
just takes some common sense really.
do hope he has some.
and good taste as well.

Actually, Honor, "HSM 3" and "Hannah Montana: The Movie" were both pretty enjoyable movies that perfectly fit the Disney brand. They both deserved to be bigger successes than they were. I honestly don't get the disdain so many Disney fans have for those two franchises.

If you'd like to see the kind of films I'd wish upon a star to see Disney make, just check out those past posts entitled: "Disney Films that aren't."

Goofy tween films and Sweet Life on Deck represent territory not to my taste, that's all...

I'll get to it later today, I'm trapped in the real world right now.

Doopey, frankly I find you to be foolish.
Walt Disney did not create his studio to cater to the wants and needs of children, or tweens only. However, this seems to be a pattern that the company has been following, alienating male tweens, teens, and adults in general.
Disney Channel can be seen as the epitome of this policy and the choices Mr. Ross will make may determine if the company will continue in that direction.

I don't understand why some folks think Ross is going to make Walt Disney Pictures tween-centered. When he was at Disney Channel, he delivered the tween films because those were what people were watching. For teen and adult entertainment, Disney has ABC, ABC Family, ESPN... But Disney Channel became about the tweens, because the results were record-breaking and award-winning. People can moan about High School Musical, Hannah Montana, and Wizards of Waverly Place all they want, but that's not going to remove their high ratings and Emmy wins/nominations. I believe in his new role, Ross will use his instincts to deliver more popular and quality entertainment - only this time, it will be for all ages.

I am not at all suggesting that HSM and HM should be the ONLY kind of entertainment that Disney produces, but I do think it is the kind of wholesome and clean entertainment that is worthy of the Disney name (and when I say wholesome and clean with respect to HM, I am referring specifically to the Hannah Montana property, not Miley Cyrus's full career trajectory). Again, I completely respect that it is not everyone's cup of tea, but I think it is perfectly fun Disney goodness. MCP- I would have to think that the old Haley Mills Disney movies appealed more to girls than to boys, and vice-versa for Davy Crockett, Treasure Island and 20K Leagues. So I don't think there's anything wrong with putting out a wide range of family entertainment.

I'm in the ranks of Disney fans who don't give a rat's rear about High School Musical, Hannah Montana, Camp Rock, etc. I'm a 31 year old male. I know they are not meant for my demographic. I don't watch them. I don't complain about them.

And if Mr. Ross turns Walt Disney Feature Films into that sort of stuff then... well... it's no loss for me. It's not like he's taking something away from me. If they don't make any movies I want to watch, then I won't watch them.

"I don't understand why some folks think Ross is going to make Walt Disney Pictures tween-centered. When he was at Disney Channel, he delivered the tween films because those were what people were watching."

Not only that but it's the market that Disney decided to carve-out with The Disney Channel.

I don't really get the criticism either. You work with what you are given. When you're working for The Disney Channel, you don't have the opportunity to green-light a broad range of entertainment.

I'm not saying that he will be a success...only time will tell on that front. But it's foolish to think that Walt Disney Studios will tilt more toward TDC quality fare.

Personally I just hope they start turning out some quality entertainment. I get that people in the industry liked Dick Cook but the film unit is in a shambles.

No need to apologize. I was just surprised because usually I get all my info here first.

Chief Executive Harry Sloan at Metro-Goldwyn-Mayer Inc. was replaced in August, and Viacom Inc.'s Paramount Pictures removed executives John Lesher and Brad Weston in June. Universal Studios on Monday replaced Universal Pictures co-chairs Marc Shmuger and David Linde, who had three years remaining on their contracts. (And Busch Entertainment is said to announce Sea World's sale as early as Tuesday.) So it's hammer time around the entertainment world, it seems.

I too long for the days of Boy Meets World and Brotherly Love reruns.

Seriously though, it's been a loooong time since the Disney Channel ever focused on old Disney material. And even then it was in the banished time slots (i.e. when nobody's watching).

I'm surprised all of you are giving Iger credit for Pixar. It was virtually a done deal before he walked in the door. Iger was the compromise to get that deal signed.

But that's not true. Before Iger, Jobs was going to walk and take the studio independent like DreamWorks. It was Iger calling up Jobs and convincing him that made the deal happen. He deserves credit for that. As much as I'm critical of the firing of Dick Cook, he has done a lot right.

Let's just hope we look back on the hiring of Ross as one of those right things and not a wrong one...

We criticize it because we think they can do better. We think they should do better. It's Disney, for Pete's sake. The company made it's name making entertainment that tried to encompass everyone. A tween-centric Disney Channel is like a channel named The Star Wars Network that shows nothing but Hallmark Hall of Fame movies. Now there's nothing necessarily wrong with that, but it sure doesn't make any sense.