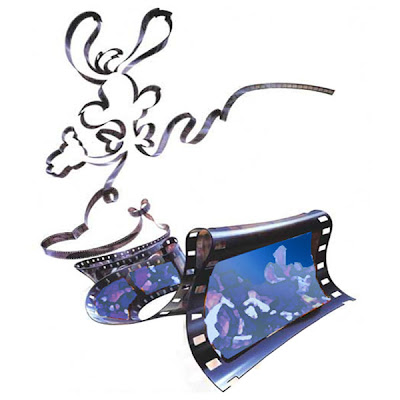 All that speculation about a sequel to "Who Framed Roger Rabbit" looks to finally be gathering some traction...

Robert Zemeckis has admitted in an interview with MTV Movie News that a screenplay is actually in development. Not only that, but the original screenwriters Jeffrey Price and Peter S. Seaman are working on it.

There wasn't a great deal of information besides this, but you can expect some MoCap to be in the film, although according to what Zemeckis has said earlier, 2D will still be 2D. The question that remains to be answered is will it have live action in it as well as animation or will it just be 2D/3D?

The director seems to be opening up and letting bits and pieces out ever so often. The fact that he's revealed work on the script has commenced could mean his next project after remaking "Yellow Submarine" could be working with the Rabbit again. After all these years will we finally get to see, Roger, Jessica and gumshoe Eddie Valiant?

And when would it take place? The 50's, 60's or the modern day? Being as Roger is from the 40's I don't think he'd be such a spring chicken around today. I mean, have you seen what an original print looks like after so much time has worn it down? He'd be tattered and torn, spliced together, but maybe that's what Zemeckis' intention. Personally, I think the 50's would be best, right there at the dawn of television. That was the end of shorts and would have meant the end of Roger's career. It'd be an interesting place to start the story, but that's just me.

Here's to hoping it's a great script and hoping it's on the fast track...
Posted by Honor Hunter at 11:48 PM

I would love to see a Roger Rabitt sequel because i loved the movie, it's one of my favorites. BUT, I will refuse to see it if any mocap is used in the movie. I want it to be like the original with live action and 2D animated toons.

Yep at this rate its very likely he is going to ruin the potential of this film with 3D and mocap and creepy humanoids.

Just do a straight up sequel\prequel with the same traditional characters (classic Warner, Disney etc..) and the same live-action actors.

The only rabbit that I want to see make a comeback at Disney is Oswald the Lucky Rabbit!

Zemeckis has said that the hand drawn characters would stay that way, it's unclear if he's going to have 3D Modern characters or if the people will all be MoCap. That's the million dollar question.

I know it'd be unlikely to have the film be modern...

Christ, is Howard the Duck next? Say it ain't so George!

I can probably understand why Disney would want to do this, they haven't had many good live action movies in a couple of years, and because of Dick Cook's recent leave and their money situation. This was one of Disney's highest grossing films, I think over $300 million. I'd love to see 2D characters meet CGI animated characters, PIXAR style animation instead of MoCop, I hate MoCap. We've never seen 2D meets CGI, that would be something fantastic to see. This is a great experiment with it. I would see it if it was 2D meets CGI. I agree, bring Oswald back, adorable Oswald.

Close Kevin, if you include worldwide grosses - WFRR did $156M US + $173M Foreign for a total gross of $329M, 1988 dollars. OF course, per the US gov't CPI inflation calculator, that would be $865M in 2009 dollars, which will definitely start the bean counters thinking!

Wow, this just seems like a remarkably bad idea to me. I'd love to see new Roger Rabbit short cartoons, but another full-length movie over 20 years later feels more like a financial decision than a creative one.

"Honor" is a good guy. I just love giving him a hard time.

I see "Honor" has been busy deleting posts again. Doesn't surprise me since Disney is pro censorship.

Hehe. I bet he's installed some new anti-troll software that would take care of some of these truly dumb postings. Anyone that has read this anti-spokker guy can see he's trying to make fun of readers and portray them as frothing fanboys.

I think that a lot of good can come from another Roger movie being made, like new shorts, more merchandise and bringing the Roger costumed character back to the theme parks for meet-and-greet opportunities.

I think it's idiotic to make a Roger Rabbit sequel. Who here agrees with me?

If the second film is proven to be amazingly loyal and true to the first one then who knows? maybe the franchise of Roger Rabbit will revived for the 21st century.