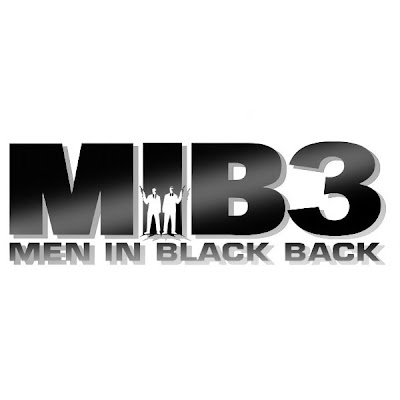 It appears that Columbia Pictures is going forward with "Men in Black 3" by announcing that they've hired Etan Cohen to deliver the screenplay...

Could this mean that Will Smith will be too busy to portray Captain Nemo? I can only hope. It's really going to depend on how soon the Mouse is planning on shooting the 20K prequel, as well as when Sony will actually greenlight the script that Cohen turns in.

Maybe we'll get two wishes in one and McG will drop out and then we can get someone that more trustworthy to steer this project as the major blockbuster that it's intended to be. Disney wants to turn this into the next franchise and if it's going to be one then this first film has to be great in not only script, producer and director but also casting. So having to get another actor other than the star of Men in Black won't make me blue.

Crossing fingers on this one...
Posted by Honor Hunter at 10:21 PM

The Fresh Prince of BS said...

Interesting. Maybe they'll have better luck with three. I enjoyed parts of MIB2, but it seemed to be missing the magic/cool/steppin'into a new world feeling the first film had. Hope this works out. Cheers, Bob

MIIB was shit. That's all you can say about that.

I like how this is bizarrely Disney news now though. Since Disney might technically own the rights to the comic franchise.

Well if the Marvel thing is completed and whatever it is thats stopped Marvel using the property.

Nothing to do with Disney owning MIB, that's Sony...

It has to do with McG wanting Will Smith to play Capt. Nemo in Disney's new 20K Leagues prequel. If they move forward quickly with the Men in Black sequel then there will be a scheduling conflict and Smith wouldn't have the opportunity to work with McG. Crossing fingers on that one.

Maybe I'll cross my fingers for McG leaving the project and doing something else so that they can find someone closer to the direction this material needs...

Ah you miss the point of our post completely. Well done.

All I was saying is its fitting that the original publisher of the MIB comics was bought by another company who were bought by Marvel who are in the process of being bought by Disney.

And now the MIB film property might be coming around to bite Disney on the butt or.. well eitherway this goes down the movies likely to be toss, so hardly going to save the project is it.

Why do you hate Will Smith. He has become an excellent actor. Because NEMO isn't black? Racist much?