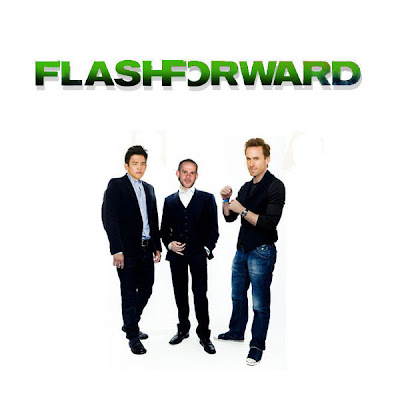 And as a continuing example of courtesy to those of you that, like me, missed ABC's "Flash Forward" broadcast the fifth episode, Hulu is once again here to save you...

This show has quickly became my favorite new show. I've actually talked to some people that say the sixth episode is where it hits its stride. And then there are some that say the new remake of "V" is ABC's best new show. I don't know.

I just hope they don't cancel it for low viewers or something :|

Sorry but this show is so so bad. The acting is flat, the action scenes contrived, and unappealing characters. The little twists at the end of each episode are interesting but everything else between them are just dull and boring. And how about that action scene in this past episode where the rocket launcher blows up the car they are clearly in but then magically they are like 50 feet away from it after the commercial break.

We'll just have to agree to disagree, Anonymous...

And as for the car the actors were in. That was a scene from later in the episode. There was no commercial, but it showed them out of the car after the explosion. That's something I've seen in "Casino" and many a Saturday morning serial.

I happen to find the series way above what's normally broadcast on TV.

I'm just watching FlashForward (and later V) so that I can find a suitable replacement for another show on ABC after this year.

And it's quite clear that this is exactly what ABC is going for... Elizabeth Mitchell in V, Sonya Walger and Dominic Monaghan in FlashForward... They are trying to pick up the LOST viewership.

(Oh, and I'm a different Matt than the first commenter... I am becoming more and more aware of just how common that name is...)

This is Will, I'm changing my name to Matt.

the opening scene to episode 3, with the Bjork version of "it's oh so quiet" playing while the park goes to hell, was great filmmaking. The show has some holes in it, and the contrivance may be harder to pull off for 5 years like LOST, but so far it's been great.

Agreed. This is a great show, but one that we need to know how long it will go on for. It's a show that can keep going on forever.