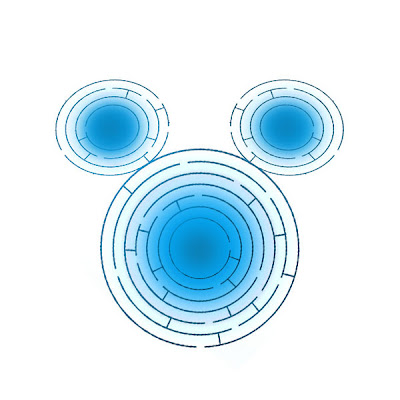 The rebirth of Disney's second Anaheim gate is a great thing, but much pain has and will be felt before summer 2012...

Anyone who has been in the park lately will obviously have noticed you have to direct yourself through a maze of cavernous walls and alleyways. This is something that visitors to DCA have gotten used to over the past year. It's about to get worse.

Come January, a great deal more construction starts to spread through the areas of the park and anyone coming in will feel as if they're walking through Disneyland while it was being created brick by brick. Growing pains, learning curves. That's what we're having to deal with. The new DCA will be a much more positive experience, but the process getting there is going to be an uncomfortable experience. Like childbirth all over again... with the same kid. Only this time he won't come out so ugly.

Some of the problems you can expect, come the new year are right as you enter the park. Right before you actually. The front entrance starting next year is going to create major problems for those wanting to come and see the new "World of Color" show. This show will be the first example of what DCA will be like over the next decade and it's going to cause a lot of difficulty redirecting guest around it. Not mention when they get past the front entrance.

In January, the entire street in Hollywood Studio Backlot gets torn up and that's going to mean walls that cover almost the entire area from beginning to end. There will only be a sliver to walk through to get to the attractions. If you think going in between all those walls down by the pier, you ain't seen nothing yet. These walls are going up so that construction workers can tear up the concrete street and start laying down tracks for the new red cars. And construction won't end until around the time WOC starts to debut. Once they've built it they're going to have to do testing and evaluation before any of those walls come down. This doesn't even include the walls that go up around Mulholland Madness and the old eatery next door. All of these walls are going to prove a major strain on the bodies that get redirected through them. Comparing it to having a baby is actually very accurate; painful but worth it in the end.

As I mentioned earlier about WOC, it's going to be an amazing show, but a monster for the park to deal with. We're talking around a hundred cast members to control everything and show itself is going to finally create a permanent problem for DCA... crowds. Not that it hasn't had them periodically, but it's never had them on a consistent basis. Come next year, it will be a common site during the week when World of Color is playing to see guest all throughout the park. If you've been to the park recently you've noticed that the water has finally started flowing into the pier again. It won't be completely covered until early November because the crews working on the area want to make sure all the hoses, electronics and such are fine before being submerged.

After technical issues are settled it will go beneath the water never/rarely to be seen by guests again. In late January to early February is when they'll start to have several test for the show. These will be primarily for cast members so that they can gauge how it's working in front of an audience. In late March there will be soft openings for the general public and then come late April it's supposed to premiere for all the Disney world to see. That, my friends, is when we finally see a glimpse of this new park and the beginning of a new Disney Resort. Thankfully. It took about a decade, but we're finally going to get it.

I just wish we didn't have to go through all this discomfort...
Posted by Honor Hunter at 9:22 AM

1. Do you have any idea how much TDA is projecting DCA's attendance to go up in 2010 for World of Color.

2. If actual attendance meets their goals even before The Little Mermaid and Carsland, could we start to get something more concrete about Phase 2, Tomorrowland, or maybe even some blue sky Third Gate info?

Even though you can probably only speculate on the 2nd, I'm curious what you've heard for the 1st.

I like your analogy of walking through DL while it was being created.

Your right, its going to be a real pain, but it will be worth it in the end. I'm just not looking forward to the walls in the Hollywood Backlot and front entrance! People will be pissed for sure.

I don't understand. Why are you saying thing are going to totally be bad at Disney's California Adventure Park

This could make the attendance for the Muppet 3D attraction even lower than it normally is. (I know, I used to work there). Disneyland seriously ought to replace it with Mickey's Philharmagic. It's a much better show and a much better fit.

Really Spokkerhater? Have you ever tried to squeeze through those walls when a park is really crowded? It isn't going to pleasant or fun. I don't think he is saying all will be bad but just more crowded and cramped for space. Strollers, ECV's wheelchairs and all the rest clamering for space in wallland won't be much fun to deal with. Go see WOC during the premiere and then report back to us. :)

This wasn't news or rumors?

DCA always bad. This situation isn't any different. It's better to bypass the construction and go back in 2012 or 2013.

Another excuse to skip DCA, as if there ever was a reason to go.

Hollywood Backlot getting torn up? From what I've gleaned on Miceage and elsewhere, that won't be happening during the current makeover. Only Buena Vista Street. Significant improvements in theming to Hollywood Backlot and Condor Flats / Grizzly Peak would be left for later.

Tasman, he's talking about the Red Car tracks that will be running from Tower of Terror to the entry plaza, not the rumored Hollywoodland redo of the area.

It astonishes me that:

1) Disney thinks its guests are stupid enough to pay full price for an under-construction park, or to even go at ALL... and

2) That they apparently are.

Man, if only the park hadn't been built on the cheap then they wouldn't have to go through all this.

Honor:
"As I mentioned earlier about WOC, it's going to be an amazing show, but a monster for the park to deal with. We're talking around a hundred cast members to control everything and show itself is going to finally create a permanent problem for DCA... crowds. Not that it hasn't had them periodically, but it's never had them on a consistent basis. Come next year, it will be a common site during the week when World of Color is playing to see guest all throughout the park."

It’s interesting how Disney can excuse extremely costly (in both construction and operation) and often relatively low capacity, though gridlock causing, entertainment projects, but will turn down flat any attraction they want, even if they often have higher capacity, are less costly overall, and help alleviate park crowding.

I am sure there will be guest traffic problems whenmore walls go up but that has always been a problem at Disneyland park. Disney team always comes up with solutions to some how get every single person to move throughout there parks. I have a string feeling that once walls start vlocking parts of the entrance that they will create alternative routes. I could actually see them opening the access gates between soarin and world of Disney at closing time to let people out directly into DTD and tram areas. I also have a string feeling that we might see a temporary access from TOT courtyard to the FFF gates.

By the time that walls start crowding the entrance and hollywood main road as well as mullholland madness we will also see large areas like the new Paradise Pier park open allowing plenty of walking space. Carsland walls will not creat problems since most of that construction will sitll be nehind the parks walls.

Trust me, having just gotten home yesterday from a week in the park, and seeing how horribly they handled the Friday night Fireworks crowds on Main Street and in the hub, I have no doubt that they will totally screw up the crowd control for WOC! The only question is how long it will take for them to get enough CM's assigned to the show to not have a total disaster on the traffic flows...

And this is why I postponed my first-ever trip to Disneyland to late April. :)

i am giong to disneyland in spring for woc . since there are no 3rd park because that was replace new parking alot .now we have to long wait for finally to get 3rd park

Robert, just because the proposed site for the 3rd Park is being turned into a parking lot doesn't mean all hope is lost. On the contrary, this only helps the plans for the Resort.

Proposed Phase 2 of DCA construction should be complete by 2016, which is when the parking lease is up. At that time, they can finally start building a 3rd Gate, but only when DCA is fixed.

I quote from Jacob (Lost) comes to mind: "It only ends once, anything before that is just progress".

The construction walls will be an inconvenience for sure, but it will be worth it. I would be far more upset if NO work was being done.

By the way, its really cynical and unnecessary for an individual to give themselves an in-the-moment name like "DontGoToDCA"

I've seem that kind of thing happen way too often in the past. Its distracting and accomplishes nothing, since its supposed to be the actual comment that makes a statement, not the name.