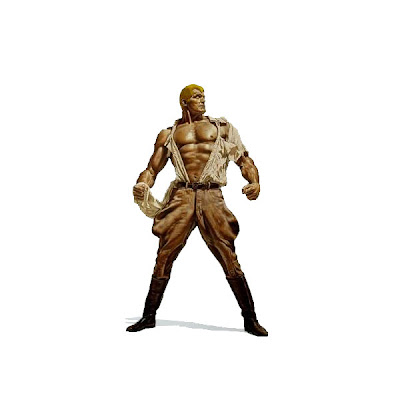 According to Ain't It Cool News, Shane Black is writing a screenplay for Roberto Orci and Alex Kurtzman that involves my favorite pulp literature figure...

If you are a regular reader of Blue Sky you know that I love old serials and pulp magazines. Heck, if you go to my Twitter page you can pretty much understand that. But I've always enjoyed reading these dime store novels and listening to the 30's radio programs or Saturday morning serials. I've got endless stories of The Spider, The Shadow or The Avenger. Even Conan or Solomon Kane, which I just finisher reading are great pulp figures. But they're not my favorite.

Clark Savage Jr. is a character I've known about since I was a teen, but didn't get around to reading till a decade later. I've seen the cheesy 70's movie that was made about him and shudder when remembering it. That was kind of like watching that Captain America television movie made in that decade as well. Taking a classic archetype character and throwing away all that is good and creating a campy version of what you think people will want. He's always been a figure of missed opportunity. Handled right, this could be something along the lines of "Raiders of the Lost Ark." Handled wrongly, it could come off like "The Mummy 3" film, or worse, the Russell Mulcahy version of "The Shadow," which got the look right, but the tone and feel exactly the opposite.

About a decade ago, there were plans to make a big budget film version of it that sounded spot on, for the most part. Frank Darabont and Chuck Russell were producing it with a script by David Leslie Johnson for Arnold Schwarzenegger to star as the Man of Bronze. Although Arnold was about ten years older than what he should be to play this (if it'd been made around the time he did "Predator" he would have looked spot on), he was still a good fit for the roll, although not exactly what Lester Dent had in mind when he created the adventurer. Alas, that was not to be. The script came in and was apparently budgeted at a level of something James Cameron would create. Understandable, since the world Doc Savage's in involves action on an epic scope most of the time. So the studio got cold feet and it languished in that wonderful place called Development Hell.

Shane Black is writing the new adaption of the character. And it sounds like he's being faithful to the character with no modernizing him, no updating him, no messing with the mythology of his existence. Sounds great to me. But when it's done, I have no idea who to cast for him. Doc Savage, like Indiana Jones, is a character that belongs where his story is cast: the 30's. Thankfully it sounds like Black is going to keep true to the times and feel. I look forward to hearing more about this. Especially who they wind up having direct it. That will be a critical decision just as choosing Black as writer. The project has many obstacles to overcome even after these, but should this come together It'll be on my radar for the next couple of years. Hopefully it won't fade away like the last, aborted attempt.

And I keep wondering who's going to fill the Doc's shoes since Arnold is too old and too busy to play the part...
Posted by Honor Hunter at 8:44 PM

Otherwise, I feel the same way, very excited for this if done right!

The problem is that the Age of Man is over in Hollywood replaced by the effiminate generation of metrosexuals where guys like Ben Affleck and Matt Damon as leading "men" have taken the spotlight from the testosterone manliness of Arnold, Sly and Bruce. There just isn't anyone that can convincingly become the Man of Bronze because he simply no longer exists anymore. This is why I'll be going to see The Expendables because these old dogs will show these girlie boys how to be manly men.