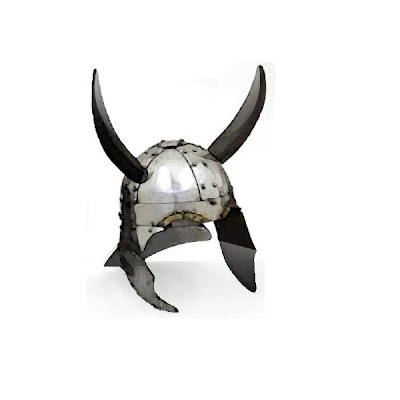 Yet another great American actor joins the adaptation of Marvel Comics' "Thor" film...

Anthony Hopkins is in final negotiations to join the Kenneth Branagh production as Odin, the father of the God of Thunder. This coming after the false news that was circulating a week ago about Robert De Niro and Jude Law joining the film.

A decade or two ago and no one would have believed that rumor. With the power and prestige that has come to these pop-culture creations even those rumors had enough believability to be taken seriously. It shows that the caliber of actors in this film will be amazingly high.

Comic book adaptations have come a long way since the 1930's and 40's when they were relegated to appearing in low budget serials. Studios of the day thought they were beneath appearing in major motion pictures and put them in the back of the cinematic bus. Now they are becoming tent pole films with top stars and huge budgets.

Hopkins is Welsh you idiot.

Hopkins became an American citizen in 2000, he's long professed it as where he wanted to live and what he wanted to do...

The great thing about being an American is that you don't have to be born one, you can become one.

Yet again, this blog has to perpetuate that there is something better or even more noble about being an American. You are a text book example of the arrogance that the world hates when seeing this country. I am a citizen of the world, not America. I take no more pride in the luck or misfortune of being born here than I do with regard to buying a pair of Birkenstocks. Actually, I take more in the Birkenstocks since they didn't slaughter millions of people and then brag about it. What a sorry lot of idiots you are. I detest all of you and what you represent. It's you people who are the ones depriving this country in this health care debate. It's you who have kept this great man from being the great president he was meant to be. I only wish we could build a wall around the knuckledraggers that live in the south and south east so that you couldn't spread your ignorance to the rest of the world.

How DARE you talk to my Honor that way? I HATE YOU!

You are the worst ever and America is perfect and awesome and so is Honor.

YOU ARE RETARDED AND SUCK.

I HATE YOU SO MUCH!

And move to another country if you hate America so much. Take Obama back to Kenya while you're at it.

You totally suck. If you hate America as much as I HATE YOU, then leave!

Che Wha, if you detest Americans then I recommend you move some place where you don't have to encounter any. I hear Siberia is a lovely place this time of year. And stop reading and commenting on a blog written by an American.

Che Wha, you clearly are an arrogant fool as you have no mind of your own. Most people are proud of their country, regardless of what that may be. This post did not put down non-Americans nor did his post, as it was simply stating a fact.

Allen over on DnM is very much proud of France, sometimes obnoxiously, but he never gets slack for it, unless he does an anti-nonFrance country post, which he has done in the past (both with America and Dubi), and he shouldn't because that's his country and he should be proud! Same here with Honor, he is an American and is proud. It should not effect you.

One should be proud of the place that makes one unique in every sense of the word. You clearly are not a citizen of the world as you pick and choose what you love and don't love. If you were one you would not hate your country so much. It is people like you who send us back and you are the ones who want a global empire much like the Romans or Greeks, and we all know how that went.

It was wrong for Hopkins to 'become' American. No person should do that. It is not a great thing to do. You should always honor your own heritage, no matter if you are from Wales, the US, Iran or wherever.

If I was Welsh, I'm not - but I love the Welsh, I'd be a little bit offended that he would not only leave, but then claim to not be Welsh in the first place.

Sad because Wales is a beautiful country.

On the plus side though he is a decent actor.

And Honor, do you really need to have that arse-hole licking bender following you everywhere defending you, or can you reply to things yourself these days?

I don't think he's defending Honor, I think he's mocking him. Trying to say that all fanboys are idiots. If Honor were to address him I think he'd be stepping down to his level, which he shouldn't do.

Honor is already on his level at the minute. But that's beside the point. He should be pulling up his critics not some loser troll trying to bum him.

Pulling up his critics?

What does that mean?

Fan of the Valleys, you really believe it was wrong for Hopkins to become American? He's lived here for most of the last two decades and it's become his home. He's never said he hated being from Wales. If a bride takes her husband's name does she hate her old family?

So I guess anyone that came to America and entered Ellis Island you would tell to go back to your country of origin and deal with it. Don't come to this country and try to make an opportunity for yourself, just live in the misery you were born. Tough.

America is about opportunity. It's about the possibility to make something more than what you thought was possible where you came from. There is nothing wrong with that and each year thousands of people try to do the same thing. I applaud them, I don't condemn them. Sadly, you try turning a positive thing into something negative.

^ Perhaps he hasn't said that he doesn't like Wales, but eitherway I find it rude for the US to claim him as American when he simply isn't.

Those people that entered the US back in the day are no more American than my uncles fat ass. Their children may be as they are born in that country.


Anyway, who gives a shit. Significantly more countries that the US allow foreigners to become citizens, so it's a bit rich to refer to that as being the "Great" thing about the US.

Troll Hunter - can you not speak English? Maybe get out and speak to a few people that don't live next door.

Either way. If Honor had just replied to Che Wha? and stated that he neverf implied that the US is better than everywhere else then this arguement would be put to bed. Silence breeds hostility. It comes across as arrogance.

Doesn't matter is Che Wha? was right or not. He was probably wrong to jump to conclusions, but Honor should either stand by the feelings or state that it'd been taken the wrong way.

Anything else is encouraging the trolls.

When someone is making a fool of themselves just get out of the way and let them make it.

I don't in anyway plan on getting involved in a conversation that the post wasn't even intended on guys. It's not even in the same city, same planet or galaxy. Che Wha? may put out bait, but I'm not taking it.

Sorry, but when it comes to that kind of talk, I'm simply not hungry.

And that's all I have to say on the subject...

No you don't have to take it. Butr you can throw it away.

This "Che Wha?" character IS rather arrogant.

Spokkerhaterhonorlover: Careful. I understand that you enjoy Honor a lot, but I'd be careful on what I say. At least you didn't start swearing. He doesn't exactly SUCK, but he's just really, really arrogant and America-hating.

But that would be a good idea to take Obama to Kenya as well--seeing as I hate him too. :-)

Che Wha?: OK, buddy, you're beginning to cross the line. To agree with Justin, if you detest Americans and Honor--maybe you could go to a different blog.

Honor Hunter: Honor, this is getting horrible--these comments! Too many "trolled" ones. You should set on the feature that makes you have to approve the comment before posting it. You've got A LOT OF COMMENTS to delete!!!