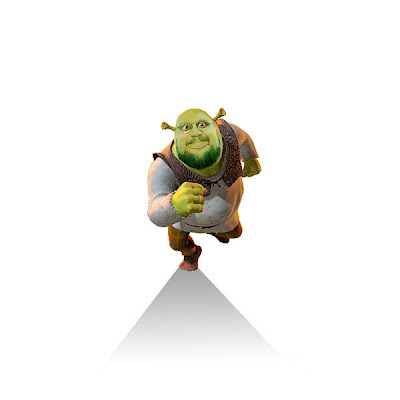 I've known some bits about this for a couple weeks...

I got a few e-mails that Guillermo del Toro was setting up an office over at DreamWorks Animation. Seems he's working on an evolving animation deal with Jeffrey Katzenberg's little animation house.

As it's all still coming together, we don't know what to expect yet, but it won't be "Trollhunters" or any of the ideas that were going to be part of the now defunct Disney Double Dare You!, so maybe there's still some hope that those projects can be revived or morph into something further. I'd love to see his involvement with the "Haunted Mansion" project grow into a much closer deal with the studio. Heck, if was up to me, he'd be exclusive to the Mouse the way that Jerry Bruckheimer is. But I think the deal that Guillermo has with Universal will prevent that. One can dream, though.

DDY is now dead? That was quick.

I'm pretty sure that del Torro's potential projects at DDY would have dwarfed any future Disney Animation Studio film. There's an audience for this type of genre, so I'm kind of baffled as to why things fell through this quickly. Should we blame it on a Princess? Too bad for Disney.

With Disney being so concerned about boy-centric animated films, DDY! would have been a great answer to that predicament.

Will Trollhunters be the only film to come out of the studio/program?

Do we have any ideas what other films had been planned or at least discussed?

And is it dead for sure?

This one wasn't the Mouse's fault...

This one was killed by a Hobbit.

Man I wish Disney or Pixar had snagged Del Toro before Katzenberg did. Honestly Dreamworks doesn't need to extra bump right now (though it doesn't hurt to have it).

Disney on the other hand.... could use some fresh ideas.

I see that now by reading further into the article - but does that mean Trollhunters is dead, too?

Maybe someday this studio will return when the time is right.

If del Toro is really doing a Haunted Mansion movie, I hope he won't forget the Mansion's Victorian charm along with the scares. And that there are some *friendly* ghosts in amongst the 99 haunts that "live" there. And I also hope he uses the WDW Mansion instead of Disneyland's. Disneyland's Mansion isn't that scary on the outside - it just looks like a New Orleans manor that's been neglected a bit. But the brick Gothic structure at WDW is truly creepy. Anyway, I'll look forward to seeing what he does with this. Couldn't be any worse than the Eddie Murphy version...

It seems to me that everytime Disney announces something amazing, it doesn't actually get made.

Hey Honor, I'd love if you could explain what happened to DDY

I would be interested in an explanation as well. Honor, I double dare you!

Honor, could you tell us what you've heard regarding Double Dare You? It seems DreamWorks Animation is staying in business thanks to the guys whom Disney let slip out the door.