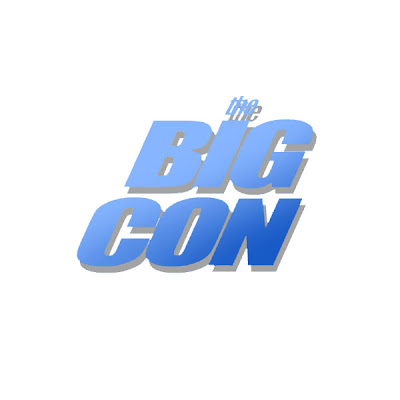 The pilgrimage is about to begin again...

Once a year, all geeks, or at least those within driving/flying distance, must make the travel to that temple down in San Diego. It is written. A rule, a law, a holy tenant in the world of pop culture. And yet again, I am sinning this year. For I will not be going. Again.

But I/we will be reporting on all the news coming out next week. I just happened to have a previous engagement that I made a while back and couldn't break it. Again, forgive me. My good Bothan, Colonel Kurtz will be reporting back to me though and I will be reporting all his rants as he rallies his troops through the jungle of Comic-Con. Why?

Every year the event gets bigger and bigger. It's hard to believe that it's possible. The first year I went, I was amazed at how many people were there. I would literally have to start looking for my friends an hour before I was supposed to meet up with them just so I would have time to find them. This was in an era before I had a cell phone. Much less, my lovely and gorgeous iPhone, which is the only phone I now have.

But big the Con has got.

As many people as were there that first weekend I went, it is far more difficult now. A sea of bodies swarm through the main hall and rooms inside that big building by the shore. I really don't think that the Con will move from San Diego as has been talked about that last few months. Although it would be interesting to see it in Anaheim, but some of the magic that it has would fade away. Somehow the convenience of that trip would be overshadowed by the theme park that's next door. There is something to be said about taking that two hour drive with friends down the 5 freeway with food and drink in hand while watching Adam West in the 60's "Batman" series on our TV, while talking the religion as each mile passes. Fun for us, weird for you. I look forward to it each year. Including this year, which I won't be at.

Because it's going to be big. Big. BIG. I have talked to several Bothans and would love to be there for those big announcement, those panels and the big surprises that will follow. And not everything will be about Disney. Even though this year's show will/could be remembered as Comic-Tron, there will plenty of news for every stripe of the geek tribe.

The announcements from Warners are especially interesting. Being a DC Guy, I await a lot of footage of next years "Green Lantern" film, but also quite a few surprising events to unfold. Plus, if you've ever attended one of these, then you know that they always have surprise guests and I have a pretty good idea of who might show up. It will be four days filled with a lot of geeky love being thrown out. And it all starts with "Tron Legacy" on Thursday. And then there are those animation panels I want to get a seat in. But I'll have to wait for that FaceTime call from Kurtz. I'll be posting some of his impressions and thoughts as well as my own reaction. I just hope he gets me a couple of those Tron T-Shirts that appear pretty swanky. And I'm going to call him all kinds of names when he tells me how fun it was playing "Tron Evolution." And then all the other things he is going to dangle in front of me. But be prepared for the onslaught next week guys.

You're going to report EVERYthing??

Can't wait to hear about all the things that are happening there.

"You're going to report EVERYthing??"

*All that Honor finds interesting.

LEGAL -Rules subject to change. Winner of said contest is responsible for claiming prizes. BSD reserves the right to exchange prizes with the item of their choice, including the awarding of jack-squat to winners.

Wait - where can I find the Adam West "Batman" show on DVD?

It's not out on DVD (pesky rights issue between Fox and Warner). But if you know someone who knows someone.

What did you say about TRON shirts? Who, what, when, where, how much?