Comics first, then the world... 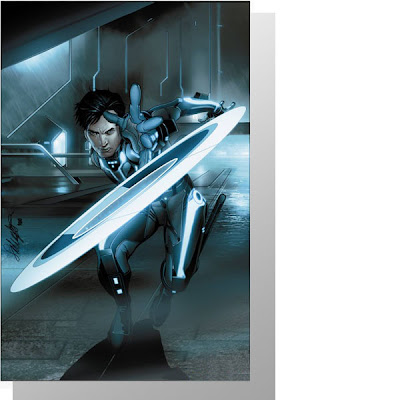 You would have to figure that will the Mouse's four billion dollar purchase there would be a lot of cross-cultural tie-ins...

They will happen. Slowly. But one example coming out soon is the Marvel Comic two issue series "Tron: The Betrayal," set in the World of Tron. The company is coming out with a prequel to "Tron Legacy" in October. Imagine if it's a success? Imagine a monthly Tron comic the way Star Wars had one for many years over at Marvel in the late 70s through the 80's. Imagine that and a whole lot more, because it's coming.

Not just for Legacy, but a great deal of the Mouse's other works...
Posted by Honor Hunter at 7:27 AM

What about the TRON comics from SLG?