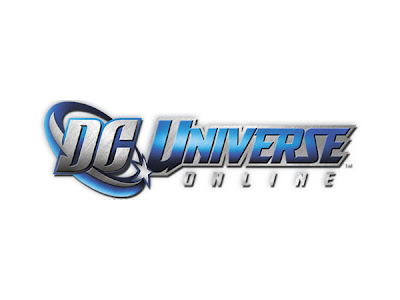 For those of you that have longed to see a Justice League film...

This trailer may be your only look at what it'd be like. And it would be AWESOME according to this.

This November, Sony and Warner will release DC Universe Online. A game in which you create your own character (hero or villain) and get to interact with the characters of DC Comics in their world. Be it the slums of Gotham City to the halls of the Daily Planet in Metropolis. There is an offline challenge mode that allows you to actually play characters like Batman, Green Lantern and others as well. But this video gives you an idea of what fun can be had watching these characters do battle. An entire film like this would be jaw droppingly, mind numbing. We await that opening day.

Until then, the Avengers will have to do...
Posted by Honor Hunter at 9:22 AM

Not really, alot of the characters in it have too many uneccesary things added all over them, especially the Joker who looks more like a SWAT team member than a clown prince of crime.

"Joker who looks more like a SWAT team member than a clown prince of crime."

There's a reason for that...

It's not added on, it's part of the story. They got several comic book writers to come up with the plot line. Some of which you see in the trailer.

The trailer itself is awesome... except for whatever monkey they got to voice Superman, Lex Luthor and Black Adam. "YOU DON'T DESERVE TO LIVE! RRRRAAAAAAAAWWWWWRRRRR!!!1!" Dude, gargle and give us a real Superman.