Guillermo Comes Out To Socialize... 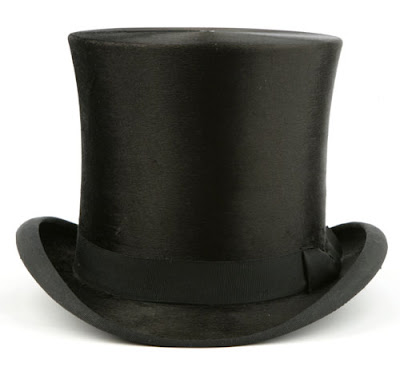 MTV spoke with Guillermo del Toro about the news of his "Haunted Mansion" film and came away with a few more details...

He elaborates on the feel and look as well as talks about the villain of the film, the Hat Box Ghost a bit more. For those of you that don't know, the character is a long lost part of a scene from the original attraction's opening in 1969. He was originally in the attic scene with the Bride. The character, a ghoulish looking skeletal man in top hat with a hat top box would stand there with an evil smile on his face. His head would vanish as you passed by and reappear in the hat box. The effect was never fully realized and he was removed shortly thereafter.

I have a feeling if this film is successful, we can look forward to his return. New technology as well as the Mouse's desire to tie in their films could mean that fans of the mythology of this character could get a warm, scary surprise a few years.

Scary thoughts, I can't wait to see visualized...
Posted by Honor Hunter at 8:08 AM

I seen the Hatbox Ghost in the attraction posters. He is certainly ghoulish. He will make the attractive even scarier. The Haunted Mansion is literally the last house on the left.

Someone has to tell the studio that del Torro would be the perfect mastermind to reinvent the cult show "Gargoyles" into a motion picture franchise. The guy has done "Pan's Labrynth" and "Hellboy", I'm pretty sure he's the right guy to bring stone grotesque figurines back to life. So much franchise potential, hopefully "The Haunted Mansion" will be the start of something new, he has awesome talent.

I agree, He would make a great Gargoyles movie. All they have to do is turn the first 4 episodes "the awakening" into a live action movie.

Gargoyles could be a great film and an awesome way to bring boys back into Disney as it claims to have been struggling with lately.

So yeah, after all these years of pointless rumors of the hatbox ghost finally being put into the attraction, I guarantee that this film will actually make it happen.

If only we could clone him your wish might come true...

But he's got so many obligations over the next five or six years that it would have to be way, way off. Sorry, but he has other obligations.

Including the one he's directing that should be announced this week...

I want to see a live action version of Gargoyles, my brother and I are fans. I actually don't remember that ghost but sounds great, I just hope he has the Ghost Host and his story. I'm now really looking forward to this now that Guillermo's involved. I hope he gets inspired from the comic series of The Haunted Mansion that we have the whole collection of. If you're a huge Haunted Mansion fan, I really recommend the Dark Horse comic series, that's where I'd start on an adaptation.

Gargoyles was an attempt to feed off the success of Batman The Animated Series, the first of the "darker" Batman cartoons. I really don't get the cult that's built up around it. Wasn't that good.