Not So Friendly Representation... 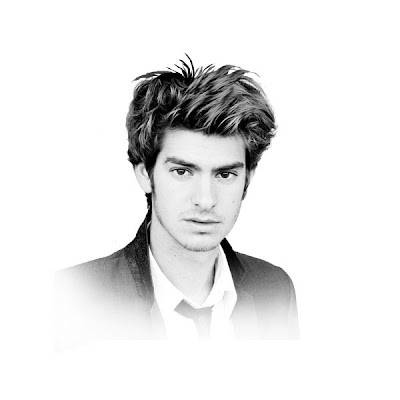 I have a tingling spidey-sense that someone's agents/representatives are going to get canned. Spidey won't be Josh after all. Josh's representation reportedly played hardball at the last moment and wound up losing big time. Webb and Sony pulled the offer and, well, you can read the press release:

CULVER CITY, Calif., July 1, 2010 – After a comprehensive worldwide casting search, Andrew Garfield has been chosen to portray Peter Parker when Spider-Man swings back onto the screen in 3D on July 3, 2012. The new film will begin production in early December directed by Marc Webb from a screenplay by James Vanderbilt. Laura Ziskin and Avi Arad will produce the film from Columbia Pictures and Marvel Studios.

Today’s confirmation culminates what has been one of the most eagerly anticipated casting announcements in recent memory. Bloggers, pop culture speculators, and everyday fans have pored over and analyzed every conceivable online rumor in an attempt to discover the identity of the next actor to play Peter Parker. Garfield will immediately begin preparing for the coveted role.

The Spider-Man franchise is one of the most successful in film history and the three previous motion pictures have collectively grossed more than $2.5 billion in worldwide box office.

On selecting Garfield, director Marc Webb said, “Though his name may be new to many, those who know this young actor’s work understand his extraordinary talents. He has a rare combination of intelligence, wit, and humanity. Mark my words, you will love Andrew Garfield as Peter Parker.”

Commenting on the announcement, Amy Pascal, co-chairman of Sony Pictures Entertainment, and Matt Tolmach, President of Columbia Pictures said, “Spider-Man is a classic superhero -- a young man who balances his responsibility to serve humanity and crush evil with the shyness and normalcy of someone struggling to find himself. The role demands an extraordinary actor. You need someone who can magically transform himself from Peter Parker into Spider-Man. An actor who will depict the vulnerability of youth and the strength and confidence of a legendary figure at the same moment. We have found that actor in Andrew Garfield. From the first time we saw him in the upcoming film The Social Network, to his glorious screen test, which floored all of us, we knew that we had found our new Peter Parker.”

Producer Avi Arad added, “I’m incredibly excited about Andrew Garfield. In the Spider-Man tradition, we were looking for a smart, sensitive, and cool new Peter Parker who can inspire us and make us laugh, cry, and cheer. We believe we have found the perfect choice to take on this role and lead us into the future.”

Producer Laura Ziskin said, “We are thrilled to have Andrew Garfield for this new incarnation of Spider-Man under Marc Webb’s direction. We were fortunate enough to meet with a group of fantastically talented young men. In the end, we all agreed that in addition to being an extraordinary actor, Andrew had the right mix of humor, youth, and pathos, along with an underlying sense of strength and power necessary to bring Peter Parker and Spider-Man to life on screen.”

The selection of Garfield was revealed at a press event in Cancun, Mexico for international journalists attending a media tour promoting upcoming films from Sony Pictures Entertainment. B-roll footage of the announcement will be available via satellite later this evening -- see uplink times coordinate information below.

Garfield is fast becoming one of the most respected and sought-after young actors working in the industry today. In a short career, spanning only five years, he has already been directed by, and starred alongside, some of the greatest names and received a BAFTA for a role that won him international praise.

Garfield most recently worked with director David Fincher on the upcoming film The Social Network. He previously starred for Spike Jonze on his robot love story I’m Here, which premiered at Sundance this year. He plays the lead male opposite Keira Knightley and Carey Mulligan in Mark Romanek’s Never Let Me Go, due for release later this year.

Other notable screen credits include Terry Gilliam's The Imaginarium of Dr Parnassus playing opposite Christopher Plummer, Johnny Depp, Colin Farrell, Jude Law and the late Heath Ledger, Robert Redford’s Lions For Lambs, where he starred alongside Redford, Tom Cruise and Meryl Streep; Revolution Films’ “Red Riding Trilogy – 1974” directed by Julian Jarrold, where he lead a stellar cast including Rebecca Hall and David Morrissey, and his unforgettable portrayal of a young ex-con in John Crowley’s “Boy A,” for which he earned the best actor BAFTA in 2008.

Garfield’s career began in theatre and in 2006 his performances in “Beautiful Thing” (Sound Space/Kit Productions), “The Overwhelming,” and “Burn / Chatroom / Citizenship” (Royal National Theatre) won him the Milton Shulman Award for Outstanding Newcomer at the Evening Standard awards and the Jack Tinker Award for Most Promising Newcomer at the Critics Circle Theatre Awards. Other notable theatre credits include “Romeo and Juliet” (Manchester Royal Exchange) and “Kes” (Manchester Royal Exchange), for which he received the Most Promising Newcomer Award at the Manchester Evening News Awards 2004.

Oh well, you win some, you lose some. Hutcherson will have to hope that he'll play his hero (Batman) someday. Looks like the Number Two choice is now the Number One...

UPDATE: If you go over to Ain't It Cool News, they've got video of the introduction and a couple of pictures as well. If Andrew looks a little surprised, it's because he was. He found out ten minutes before the announcement that he was Spider-Man. I wonder how soon before that Josh found out that he wasn't?
Posted by Honor Hunter at 5:04 PM

Ok, I take back what I said about Hutcherson. This guy looks even worse! Bring back Josh!!

I can't believe his agents were so stupid as to be dicks to Sony. What kind of dumbass does that?

Wow... that guy is way too pretty. Nor does he look like a teenager. Someone screwed up big time....

I don't like this guy, he looks, weird or something.

Then again, I didn't like Josh either, but at least he resembled the part more.

This guy just looks way too old. The casting makes no sense.

haha.. oh hollywood. you never fail to amuse me.

So, Hutcherson was made an offer and turned it down? Or was he fired? I'm not clear why they went with this guy. I hope he's a better actor than he looks, cause he looks like goofy.

Whoa, Kramer from Seinfeld is Spidey?

I think he's a cutie. All he needs is a hair cut and I (and the rest of the too-old-for-him women) will be lined up to see him in spidery spandex.

Ha! Finally, the voice of reason...Carly:) I'm sure this young actor will clean up just fine...AND above all, he has some impressive acting credentials. His headshot isn't going to be reading his lines. Good luck to all involved, we can't wait!

Turns out that Hutcherson was the Suits choice and Garfield was Webbs...

Suits won out. Then the Josh's reps got greedy and it cost him the job.

The director now has his choice for the part, which is all for the better.

And now we have to wait for the rest of the cast to be named...

Cute? Really? I do not understand women and their taste. Sigh.

Why don't you just admit you were wrong, Honor!

You probably made up the whole thing anyway.

I stand by that post. Josh WAS Spider-Man. He just wasn't it for very long. His stupid representation made sure of that. They didn't like the terms that were offered to them and thought they had more leverage than they did. And so the person that was in Mexico to be introduced was Garfield. Who, if you haven't seen it yet, found out ten minutes before he was brought on stage.

But seeing that Webb chose Andrew and the execs wanted Josh, in the end it turned out good for Marc, because of the stupidity of Hutcherson's team, he got his choice and Sony got their second choice. Which will make the film all the better.

Yeah, I'm glad it didn't come down to the studio choice. A lot of films are miscast because of the studios. Katie Holmes for Batman, for instance. Thankfully Nolan had more control for the second film. Another one is next years Green Lantern. Carol Ferris has dark hair not blonde. But nooooo, the stupid suits wanted to cast someone from one of their shows on the CW hoping it will bring more exposure. Hopefully, the Mary Jane and Gwen Stacy casting will turn out well. Though, knowing the way the studios cast, I wouldn't be surprised if the two female leads are again miscast because the studio or talent agencies want to push who's popular rather than who's right.

Peter Parker is supposed to look lanky and insecure, Garfield plays that off perfectly. So what if he's old? Toby was old and look how he fared, looked younger I thought. Garfield was the best in Imaginarium of Dr. Parnassus, one of the best films of the previous year. I'm really looking forward to this, it should be better than Raimi's cartoonish films, though I really enjoyed Alfred Molina as Doc Ock. Marc Webb's a great director and I can't wait to see who the villain is after this good news, I was rooting for Garfield the whole time.

I guess you can't win them all, can you Honor