Reservation for one, please... 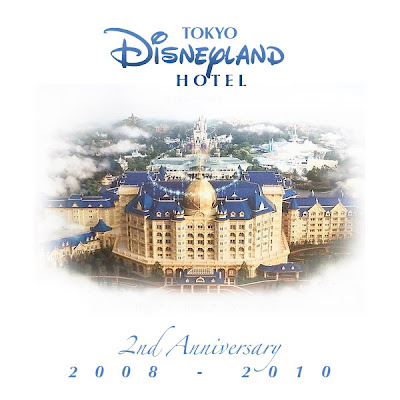 That is gonna cost how much...
Today is the second anniversary of the opening of the Tokyo Disneyland Hotel...

And it's an incredibly beautiful design to add to the list of Disney Hotels/Resorts (not as stunning as the DisneySEA Hotel MiraCosta, but amazing nonetheless). When Tokyo Disneyland opened back in 1983, all of the hotels were essentially owned by other companies and the Oriental Land Company was in a similar situation like Walt with the original Disneyland Hotel. When the park was expanded to become a resort, there was a plan to include Disney themed hotels that would compliment the resort and expand the revenue for the OLC. But the two hotels that were built, the Disney Ambassador and Mira Costa, while great hotels, didn't include that iconic name. But with the successful expansion of the park to resort status, a plan was put into place for another hotel to satisfy the Japanese obsession with Disney. The third hotel would be their very own Disneyland Hotel, and it would be built right in front of the entrance to the park, much like the Disneyland Hotel Paris that you go under to get to the gates of Disneyland Paris. It will/now is the largest of the three Japanese Disney themed hotels with 705 guests rooms, a huge, lounge lobby level and two restaurants. The TDLH has four banquet rooms, as well as four shops that offer Disney merchandise, gifts, clothing, ect.
Now that is what I call a lot of money... 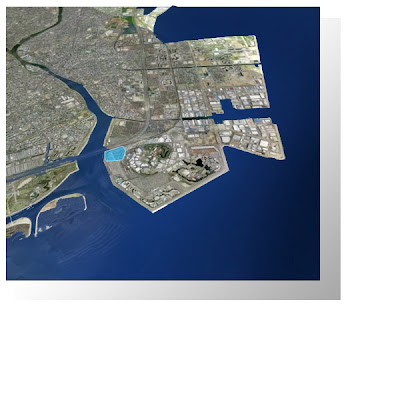 Like the other moniker hotels, it shares a Victorian/Mictorian theme that evokes the idyllic days of Walt's youth. Modeled in colors reminiscent of Cinderella Castle, it is an impressive and detailed enhancement to an already impressive park. Much like an exclamation point on a sentence. 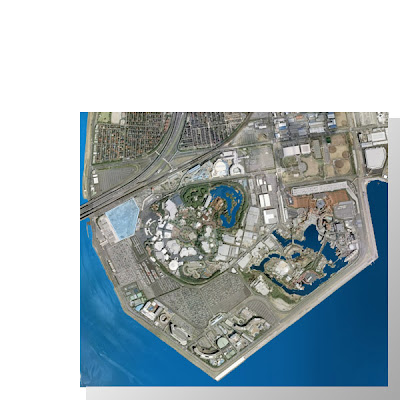 I thought we'd take the opportunity to look at some lovely examples of what a Disneyland Hotel, particularly this one, can and should look like. While our own original in Anaheim gets updated, this one shows you what can be done with a parking lot once Imagineers get hold of it.
Wow, that's purty... 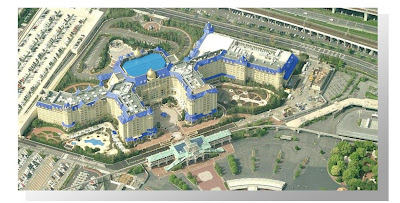 If you'd like to see an extensive collection of pictures and video of this fabulous hotel then click on this post over at Disney and More and immerse yourself in the magic. It's going to be interesting to see how the original Disneyland Hotel will compare once it's makeover is done in 2012. It's not really the same kind of hotel to compare it to though, since it's more California's version of the Contemporary really. 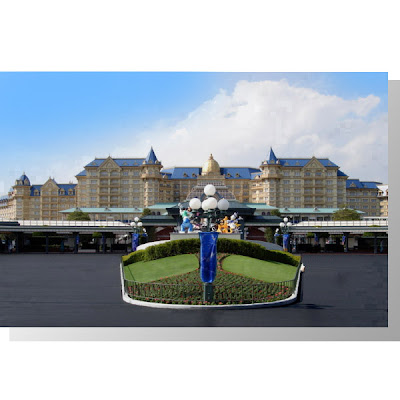 Then again, there are those other hotel plans you could compare it to...
Posted by Honor Hunter at 4:51 AM

I really don't care whether or not the Disneyland Hotel is Contemporary. There is no excuse on why it shouldn't be like the TDL Hotel.

I haven't been to TDR, but from everything I've seen and read that far, I would say the TDL Hotel is superiod overall to the Mira Costa - more opulent, and with nicer rooms, amenities, stores, etc. The Mira Costa does however provide a more unique experience if you have a good view of TDS from your room. But they are both great hotels. If you have not read it, check out the amazing trip report Lurkyloo has been posting on Micechat.

"There is no excuse on why it shouldn't be like the TDL Hotel."

Of course there's an excuse. You may not like it, but that doesn't mean there isn't one for why the Resort doesn't have a Disneyland Hotel that looks like that one:

They aren't willing to put out the kind of money it would take to build that right now. They'd have to close a good amount of rooms and Burbank doesn't want the drop in revenue. But they are dropping a 100 million on the renovations, just not three times that amount which is closer to what it would cost for a new one.

And remember, there will be other hotels in the future. You may get that Victorian hotel before you know it. It just may not be called the Disneyland Hotel.

I can spend lot of times and money for this hotel because it is Disneyland Hotel and i love it.
-Hotel in Banglore

Although I would like to see something better than what is there now. You can't blame Disney for not wanting to tear down the Disneyland Hotel. That is a BIG hotel (almost 1,000 rooms) and they would lose a TON of revenue. The Grand Californian and the Paradise Pier hotel could not take the overflow and those dollars would just go someplace else.
Don't forget that The Walt Disney Co is still a FOR profit company and they still need to answer to their shareholders.

Also remember that the original Disneyland Hotel has a rich and lengthy history. Tearing it down would be a slap in the face. I hope that when the retheme (or, for that matter, introduction of a theme) to the Disneyland Hotel is complete, there will be references and exhibits to the history of the hotel.

"Also remember that the original Disneyland Hotel has a rich and lengthy history."

Yes, it does have a history. A history linked much more to Jack Wrather than Walt Disney. People let their nostalgia blind them to facts. It has very little to do with Disneyland.

Build something worthy of the Disney name on it. Not the three UGLY, concrete slabs that now sit.

Take your delusional belief that this relic has anything to do significantly with Walt's creation and go live in Fantasyland. Because that is where your heart and passion are misplaced.

Ahhh Japan. A land so wonderful as to believe in Quality. One day I will board my spaceship and make my way to your doorstep.

I'd say Mira Costa is better. The theming there is far more elaborate than TDLH and of course, DAH.

I have heard a lot about their hospitality. I would like to have a stay there at least once in my life.
Cho Yung Tea

In response to Tasman,

It would depend what your criteria of a superior hotel is. If it simply meant larger rooms and more facilities, I would argue that the surrounding Official Hotels or even any 5-star hotel in the city are "superior". The qualities I use to judge a "Disney Hotel" are theming, attention to detail, and immersion. Those are what I look for in a Disney hotel and the main reason why I would even spend the extra hundreds of dollars. If I wanted true luxury or comfort, a Disney Hotel would not be the first place to look. Instead, what I look for in a Disney Hotel cannot be replicated anywhere else- not even the billion-dollar Vegas casino resorts like Bellagio or the Venetian.

The Tokyo Disneyland Hotel certainly has the benefit of being newer and thus having slightly improved facilities and rooms. However, the MiraCosta is a much more immersive experience. The divide between DisneySea and the hotel itself is almost non-existent and you feel immersed in DisneySea throughout your whole stay. The theming, as someone previously posted, is far above the other Disney hotels in both attention to detail and scale. It was necessary to theme the hotel as elaborately as the park itself due to it playing such a huge role in providing the entrance port.

While Tokyo Disneyland Hotel has a stunning and wonderfully designed Victorian interior, it doesn't come close to matching the sheer detail of theming that the MiraCosta offers. The MiraCosta doesn't have the spacious public areas or larger number of conveniences of the Tokyo Disneyland Hotel, but it is superior from an architectural standpoint no matter how you look (the exterior of the Tokyo Disneyland Hotel in particular fails at establishing the Victorian setting in stark contrast with its interior (which while grand, feels too cutesy with its implementation of Disney characters/motifs compared to the more classy weaving of the Ambassador and MiraCosta).

As of now the Tokyo Disneyland Hotel has established itself as the "family hotel" of the resort while the MiraCosta is still regarded as the most elegant and romantic.

"I'd say Mira Costa is better. The theming there is far more elaborate than TDLH and of course, DAH."

I would agree. Theming is the most important factor when judging a Disney hotel anyways. If I wanted larger rooms or better facilities, I'd probabaly book a Four Seasons and actually save a few hundred dollars. Like previously mentioned, the MiraCosta is far more stunning from an architectural perspective. The theming and attention to detail is a step above the Tokyo Disneyland Hotel in my opinion- it just feels much more elegant and tastefully done (compare the beautifully detailed Italian facade to the overly bland exterior of the Tokyo Disneyland Hotel). Even the implementaion of Disney motifs is more classy at the MiraCosta. You have Disney characters in Roman/Italian settings as opposed to the sweet and cutesy plastering of Disney characters all over the interior of the Tokyo Disneyland Hotel.