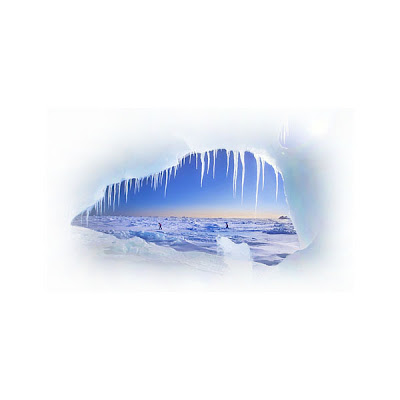 Yesterday, while I was out in the real world some exciting and geeky news broke...

Michael Fleming over at Deadline Hollywood broke that Guillermo del Toro next project was going to be his long desired, dream project, H.P. Lovecraft's "At the Mountains of Madness" before del Toro could announce it. It was expected that Guillermo would announce his next directing project right after Comic-Con (he said so, after all). But before he could, Fleming let the cat out of the bag. I'd wondered if he would announce this long in development hell project, not having any inside information on it, I just speculated if he was finally going to get his chance. There are other films that the man is lined up to either direct or produce over the next few years and I wondered which would come first. It looks like his dream project will be it.

The Film Maker is having a serious bounce back from his having to leave "The Hobbit" when you consider that this film has long been talked about as his holy grail and getting to write and produce the "Haunted Mansion" project is also a dream come true for the man. I know there are those out there that were disappointed to hear he was making the film, but he's a huge fan of the attraction. If he had the time, he's said that he'd direct it himself, but with his prior commitments, he'll simply have to guide it forward. I'm willing to settle for the writing/producing credit because I know he'll find the right person to interpret his story. But over the next couple years, we will get to see some serious film-love from this man, who I'm sure right now is just giddy.

A maddening time for sure...
Posted by Honor Hunter at 2:28 AM