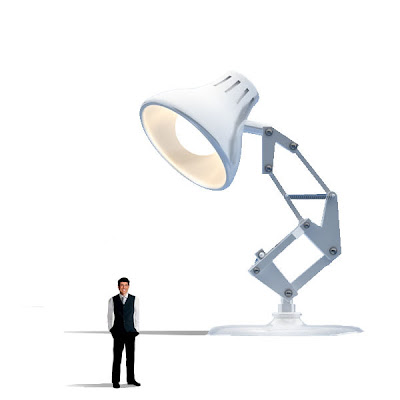 Eating crow, don't ya know...
You know, I must admit that I'm pleasantly surprised at the first year of Rich Ross' tenure at the Mouse...

I mean, it won't be a full year until October and we haven't seen much about what he's greenlit or put in development. Some of what he has done, I've liked. Fincher on 20K reboot? Color me interested. Some of what he's done, not so much. A buddy comedy called "What's He Got?" Color me bored. Some of what he's decided on, I'm nervously liking, but... Remake a disappointment into a Sci-Fi heavy "Black Hole." Again, interested but very unoriginal (of course, that is Tinsel Town right now).

Part of my fears were soothed over when they hired Sean Bailey to be his second in command, and I believe he's been a great balancing act to the new boss. But as you've noticed in the news lately, he's done a few surprising things that I think are very positive for the company and what Hollywood should take note of. He's been very collaborative and open with the various parts of the company (WDAS, Pixar, Marvel, Touchstone, etc.) and it's partners (DreamWorks). Particularly in dealing with the Lamp. He's had them advise on several projects in other parts of the company. Some that you've heard of and some you haven't. Trust me, "Tron Legacy" and the "Muppets" aren't the only ones he's taken an active role in having crossovers of talent from various divisions look at and critique what is being made. With regards to Pixar, he's done something that Dick Cook never did. He's brought him into the closed door meetings that involve the production pipeline and what is being developed. As much as I loved Cook, he would never let John go behind those doors. All of Hollywood respects and envies the running streak that Pixar has. Nothing speaks volumes like success and Ross is showing a surprising amount of understanding when it comes to this.

Now remember, I haven't been his greatest cheerleader, but I had hoped for the best. But the person that gave us "Hannah Montana" didn't exactly give me great hopes that the projects he'd like to see done would be what I have a taste for. He's been very respectful of Walt Disney Animation Studios so far, but also surprisingly honest with some of the projects that they have wanted to put on their slate of development. And he and Lasseter seem from what I hear to have gotten along quite well. It really is refreshing to see him bring in others from Disney North and their associates to gauge how something is doing. It's going to be interesting to see how Jerry Bruckheimer reacts to this new process. For the most part he's had free reign on the lot for projects that he's in charge of, but with the latest box office disappointments ("G-Force," "Prince of Persia," hello), he may find that his choice of projects will become more limited in the coming year.

There are still test ahead and it won't be another year or so before the Ross regime is in full swing, but let me say that I'm cautiously optimistic...
Posted by Honor Hunter at 10:50 AM

I'll be honest, as much as people disliked it, and as bad as it did, I loved the black hole (scared me the first time i watched it, i'm a big fan of those types of sci fi)

really looking forward to the remake, maybe it'll be what they originally intended...

Not even Pixar can save the Muppets movie. If the thing actually gets made, it'll attract some fan geeks still in love with their sacred childhoods and a few mommies and their toddlers. Not exactly a blockbuster waiting to happen.

Anonymouses 2 and 3, shut your cakeholes and go get lives and leave Disney, etc. alone, you haters!