The Birth Of Flynn's Arcade... 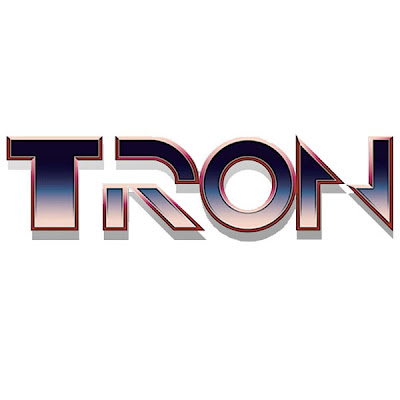 And Decadent Dave would never be the same. The film went on to make a disappointing $33 million dollars with a 17 million dollar budget. The film was one of a collection of underwhelming box office performers greenlit by Ron Miller. This was another nail in the coffin of Miller's career as head of the studio/company. Less than two years later, Ron would be gone and a young executive from Paramount named Michael Eisner, that he had tried to recruit to run the film division would be in his place.

Almost three decades later, Eisner is now gone and a sequel to the film Miller thought would help bring Disney back in touch with the modern youth (that abandoned Mickey in the mid-70's/early-80's) would be coming out in theaters. I wonder if this December, Ron will sit down in front of a silver screen to watch this and have a slight smile on his face.

I think the guy who really deserves to smile, Honor, is the guy who nurtured daring (for their time) projects like these - Tom Wilhite. Tom sought out new talents and projects and encouraged Disney to push. He was also the guy who established the Touchstone Division to handle more adult-themed films, and made the decision on Disney's first PG rated film - TAKEDOWN, which was actually an acquisition, but which Disney released almost a year prior to THE BLACK HOLE.

Wilhite is the one who got TRON going, and championed pioneering work in Computer animation (remember that little WHERE THE WILD THINGS ARE test?) and he gave Tim Burton an unheard of 1 million bucks to do FRANKENWEENIE, realizing he had something special in Burton... But Wilhite's bosses (including Miller) were kind of aghast at what Burton had created and buried it in the vault, pissing Burton off and prompting his departure. Fortunately Warners execs and some others got to see a screening of the film, and that led to him getting PEE WEE'S BIG ADVENTURE.

Tom went on to lead Hyperion Films, which is a clue to his affection for Disney, and Hyperion made that BRAVE LITTLE TOASTER that Wilhite wanted to make at Disney - but with computer animation.

Miller was a good guy, and a man of integrity to be sure, but he wasn't really the visionary there in those days, and he can't really be given the lions' share of credit for TRON.

Although Ron Miller still deserves some credit. I think that Ron got a raw deal and deserves some appreciatation. He had to deal with Card Walker who had NO vision.
ALOT of what Eisner took credit for, Ron (or his people) were responsible for.
I was VERY surprised to learn that Ron is NOT a Disney legend and I for one think he deserves it.

Disney (and Hollywood in general)must be desperate to bring back this turkey. I'm now in my forties and I remembered going to the theaters to watch it. It stank. It was unsatisfying. It was very very bad, but there was competition from bad movies in that era. At least there is more choice these days. And you can read reviews online so you can avoid watching stinkers.

Maybe with Tron back, they will bring back The Black Hole, which had a adequate built up with a rotten ending.

I doubt Ron will be smiling. He'll probably be thinking, 'Why couldn't audiences embrace this when I was at Disney?'

"Maybe with Tron back, they will bring back The Black Hole, which had a adequate built up with a rotten ending."

The director of TRON: LEGACY is currently in development with two fairly strong writers on the remake of THE BLACK HOLE for Disney.

"'Why couldn't audiences embrace this when I was at Disney?'"

Because, nostalgia aside, it's a lousy movie. Mind you, I've seen it a million times, including the first day of it's release. I even got to see the brand new digital print in Hollywood recently. It's being prepped for a Blu-Ray release later this year.