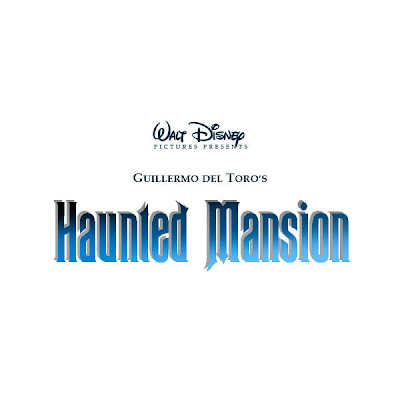 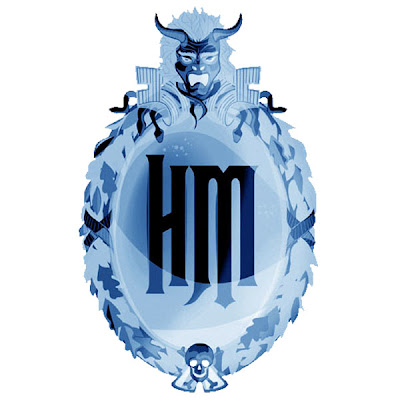 So, at the end of the "Tron Legacy" panel, they had a couple surprises...

One was a certain captain of a ship telling us what a wonderful adventure he's having. But after that, they showed a clip from a new/old Disney film that made people go: "huh?" Now, after this, Patton Oswalt wanted to introduce the new head of this project. Everyone, was wondering if it was a joke. And then Guillermo del Toro walked out onstage and the place went nuts.

He announced his next production (not directing it, since he's announcing that next week) gig would be an E-Ticket movie that he is writing with Matthew Robbins. And no, it won't be a comedy and it won't star Eddie Murphy. In fact, he joked that they're not returning Eddie's calls. So "The Hobbit" looses him and Mouse fans get him instead. I like that.

This project, along with films like "Don't Be Afraid of the Dark" and several others (not the defunct Disney Double Dare You!, sadly), will hopefully make him quite busy for Disney Studios over the next few years. Maybe Ross made a deal with him to do this and then he'll finance "At the Mountains of Madness" through the Touchstone label? Sad that he couldn't make the trip to Middle Earth because of all this MGM mess, but glad he gets to go play with 999 ghost.

I've always thought "The Haunted Mansion" would make a great film adaptation if done right. Obviously, the one done seven years ago wasn't it. So now comes the press release:

SAN DIEGO, Calif. – July 22, 2010 –Guillermo del Toro surprised the 6,500 fans gathered today at Comic-Con with the announcement that he is currently developing a new film for The Walt Disney Studios based on the classic Disney theme park attraction, The Haunted Mansion.

“Dark imagery is an integral part of the Walt Disney legacy. After all, Disney himself was the father of some really chilling moments and characters - think Chernabog from Fantasia or Maleficent as the Dragon or the Evil Queen in Snow White,” said del Toro. “I couldn't be more excited to be a part of my own adaptation of the original theme park attraction Walt envisioned and that remains- for me- the most desirable piece of real
estate in the whole world!"

“Millions of people from around the world visit The Haunted Mansion each year, but no one has ever had a tour guide like Guillermo del Toro,” said Rich Ross, Chairman of The Walt Disney Studios. “Guillermo is one of the most gifted and innovative filmmakers working today and he is going to take audiences on a visually-thrilling journey like they’ve never experienced before.”

Since August 1969, foolish mortals have dared to trespass on the macabre grounds of Disney’s Haunted Mansion. A hallowed landmark in Disneyland’s New Orleans square, it’s the dwelling place of 999 happy haunts dying to meet new visitors each day. The plantation-style of the mansion’s facade is a sweet deception for visitors. Inside, ghostly doom buggies line the hallways. Since its construction, the mysteries of the mansion have transcended the attraction with stories surfacing about horrifying encounters with the supernatural. Versions of the daunting edifice have been built at other Disney theme parks in Orlando, Tokyo and Paris.

I feel that the film we hoped to see, now may come to fruition after all...
Posted by Honor Hunter at 11:47 AM

I hope for a great, timeless film, that may even result in a sequel or 2.

I DO NOT want a successful movie franchise to alter the Mansion like the 3 PotC movies altered the original attraction.

I can see them ripping out Leota and installing a well know actress, some other well known actors added to the ballroom or the graveyard scenes.

I wish them all the best, but we should probably be worried considering Disney Park's track record.

(Same goes for the Jungle Cruise movie if they ever get that going.)

"I DO NOT want a successful movie franchise to alter the Mansion like the 3 PotC movies altered the original attraction."

Wishful thinking on your part.

He's just like a cockroach. If an earthquake happens there will only be those stinking little bugs and Spokker.

Someone hand me a can of Raid please.

Anyways, while it was sad to see GDT leabe The Hobbit, this is a great move. If there are a couple different ways for Disney to reboot Haunted Mansion and turn it into something nearly as successful as Pirates, this is one of them.

I have never heard such good news! Nojarama does realize that the plot of the Pirates of the Caribbean movie is the exact plot of the ride, right? The ride script done by Xavier Atencio follows a band of pirates going after cursed treasure. This haunted mansion movie is so cool to hear, I'm so excited. I hope Guillermo feels inspired by the comics series which I think is a great place to start on The Haunted Mansion. If i did a movie on it, that's where I'd start. I'm now hooked and look forward to this. I'm a big fan of Guillermo from Hellboy and Pan's Labrinth. I can't think of a better director to do this, other than Henry Selick or maybe Terry Gilliam.

You can imagine my excitement.

Pan's Labyrinth was a remarkable movie. The fantasy elements were fanatic, but the sadistic imagery of military occupation were disturbing. I hope Guillermo del Toro pushes Disney beyond the comfort zone, but not too far that it breaks.

The first effort with Eddie Murphy was horrible. They have to respect the intent of Haunted Mansion.