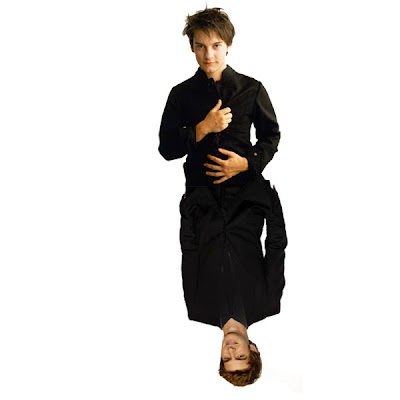 I've seen a lot of comments hating on Andrew Garfield because he's too old...

But he's an actor and as long as he can play the part and look the part, it won't matter. And one thing many people don't realize is that he and Tobey Maguire are about the exact same age of each other when they were picked to play the character. Tobey was 26 and he played a high school character named Peter Parker. Andrew Garfield is 26 and will be playing a high school character named Peter Parker.

Some out there are saying that this is the "Twilighting" of Spider-Man, but I really don't think so. Once he gets a haircut, I don't think Andrew will look anything like Edward. ;)

But I hear the take on the character will be much more personal this time. And I think with Marc Webb involved, the arc of the story will be a very genuine portrayal of a high school kid that becomes a superhero. One of my favorite films last year was "500 Days of Summer," and Sony picking the director of that to handle this reboot tells me volumes as to how much they care about getting the story right and caring about respecting the characters from the comic books.

Oh, and having Disney breathing down your neck, making sure you don't violate your agreement so that the rights revert back to them helps too...
Posted by Honor Hunter at 8:08 PM

From what it sounds like, the decision was made really quick. I'll bet Hutcherson is pissed that his agent spoiled him getting the role of a lifetime.

Toby Maguire played high school Peter for a small part of the movie then it jumped forward to a point closer to his age.
This guy is suppose to play Spider-Man in high school the whole movie (and in sequels). He'll be 28 by the time the movie comes out. He IS too old to play a high schooler. Hutcherson was not only perfect because he was the right age, but he is a good actor and this would have truely been his time to shine.
We should all fire his agent.

Who the hell are these new generation of actors? They all look like some dude in Twilight. I can't tell them apart anymore. Does this guy really think he's the next Brad Pitt or something that is agents have the audacity to demand more money? The age of the movie star is dead. Gone are the days when a household name brand star makes $25 million per film. Hollywood has raised a generation of forgettable mama's boys whose careers are just a fly-by-night flash-in-the-pan. Here today, gone tomorrow. No staying power. There are no more strong leading actors that can carry a blockbuster film let alone an iconic role anymore. Hollywood is in serious trouble right now. Where are the Steve McQueens, the Clint Eastwoods, the Harrison Fords, the Kurt Russells, the Schwarzeneggers, the Stallones, the Willis's of today? They don't exist. Guys like Christian Bale who has worked consistently in the business all his life is in danger of extinction. Now you have guys like Sam Worthington who comes out of nowhere one day and instantly suffers from publicity overexposure. Hollywood is trying desperately to forge new stars. Maybe they should stop trying to ween the tween generation and go back to some good old fashioned moviemaking.