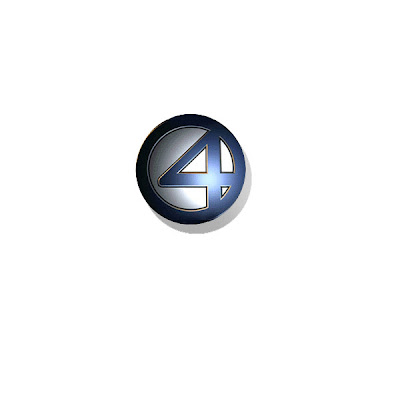 I'm sure you saw the other news that was announced yesterday...

20th Century Fox has announced a reboot of "Fantastic Four" because they were unhappy with how badly they screwed up the last two. See, if these executives would only listen to me they wouldn't be in this position. If they would have filmed the script that was written by Michael France and Chris Columbus. Then maybe hired Columbus to direct it, or a good director whose last name wasn't Story. There would be no need to reboot. They'd have a great FF film. It was pure action-adventure wrapped in sci-fi. It was the comic. It wasn't a family comedy; a mediocre comedy to be exact.

Here's hoping that this new version gets the Akiva Goldsman that gave us "A Beautiful Mind" and not the one that gave us "Batman and Robin." To be fair to Goldsman, a good deal of the problems with that film were the director. Not all, but most. As for people that I've seen complaining about Michael Green, who'll write the script, I don't think you should fear too much. He co-wrote the script to the new "Green Lantern" film and it's a really good script that's faithful to the material. The funny thing is I had a discussion with a friend a couple weeks ago where I compared GL to FF. Essentially, I said that Lantern was DC's Fantastic Four, in the sense that he's more a sci-fi creation than a Super-Hero. Which is how I would describe the Fantastic Four. If Green gets it on Lantern, he'll get it on Four. Now, if only Goldsman knows this and lets him work through a treasure trove of forty years worth of material. And we don't need no origin again, that's been done. We get it. We know how they got their powers. If you want to rehash that then have a reporter in the film do a quick two-minute bio on the Quatro before he's going to interview one of them and that'll get everyone up to speed without wasting thirty minutes.

Now as for casting... My suggestion for Mister Fantastic? Jon Hamm would make a great lead. Whoever you get for the Thing, PLEASE make him CG this time. That suit was horrendous last time... it looked like something out of a bad slasher film. And this time, when you get someone to play Invisible Girl, please make sure you get a talented actress, because when you get Jessica Alba, you don't want to make her invisible, especially when she's naked. If she wasn't already taken by the Marvel Universe, I'd say cast Scarlett Johansson. The only people from the original that worked were Michael Chiklis and Chris Evans. That said, I'd still recast the parts and start over, it is a reboot after all.

That's my two cents worth, Fox. But remember, you better play well with those properties because the Mouse is watching you. It's got their lawyers watching you and anything you do to screw up will have them itching to take that franchise away from you. Because unlike the Fox Suits that have been mismanaging the Marvel properties lately, the Mouse Suits realize how valuable they are. But I have a feeling you now know this, because that announcement made yesterday wasn't planned for yesterday. It was made in a scrambling attempt to mark your territory. To show that you still controlled the property. And it's bought you time.

And FOX needs to reboot X-Men. Look how badly they've screwed that up.

Here's why you comic books types are looked down upon by the rest of the world. No matter what big screen reading your superhero(es) get, you're never happy.
If the film does well, they sold out by 'pandering to the masses.' If the film does poorly, it's because they didn't adhere to your fanboy vision, or they missed any one of the 27 twisted plot variables that have kept the same villians alive these past 50+ years.
Seriously, how many effing Batmans do we need? These films eat up 100 to 200 million in production costs and with their blockbuster mentality ruin the market for respectable filmmakers.
Disney/Pixar happens to tell a story well with characters and villians that ring true with peoples from around the world and across the ages. The films age well, and so do the characters. Comic books don't translate to the big screen because--wait for it--they're 2-dimensional to begin with, and that's all they'll ever be. Flat. Best understood in a panel format. And worth about a dollar an issue.
Let it go, fanboys.

I think a very good sequel would be nice, don't know if it's time to do a reboot. The first one was very good, the second was great and the third was mediocre, a victim more of Ari than Ratner I'm afraid. One bad apple doesn't spoil the bunch. But it's time to move on and have an "X-Men" film without Wolvie. He's grown up and on his own now...

Wow, while I was responding to Max, the brilliant Anonymous wrote to chime in.

Sigh... read the blog. You're comments about pandering to the masses don't apply here so I'm guessing you're new to the blog.

As for comics not translating well? Haven't looked at the box office lately, have you?

How many efffing Batman movies do we need? Apparently a lot more since "The Dark Knight" is the second highest grossing film of all time. Heard of "Iron Man" before? I guess not.

And not all comic book characters are... wait for it--2-dimensional to begin with. If you don't like comics fine, but your logic about them doesn't hold much water.

As for Pixar, again, you must not have read this blog much because you won't get an argument from me on them. They're the best run animation studio and the best run studio period. And the more Lasseter's influence over Disney's film division, the better. You do know that they'll be working with him now, right? He's the guy that created that wonderful culture you like when you were talking about Pixar characters.

Perhaps you just clicked on the wrong website to vent? Or maybe you were just having a bad day? That's Ok. Here, have a cookie... now go wait on the couch till dinner is ready.

I agree some comic books should remain as comic and cartoon properties.

But not all comics are 2 dimensional, or at least have the potential to be far more.

I don't think they should do any reboots anytime soon. It's far too soon.
The Incredible Hulk was far too close to Hulk, and thats confusing enough for people.
People don't really get reboots anyway. People still think of sequels and prequels.

Not even a reboot can save the Craptastic 4. Some comics just weren't made to be adapted into the film medium and should reside on the illustrated page.

Agreed, Captain Marvel.
Some books and comic books tell stories that simply do not translate into film very well, nor do they have to. And should they be translated, the demands of the medium also demand certain changes: timing, pace, character development, interrelationships...and these changes inevitably mean the novel character or the comic book character is going to be, well, different. Original fans seem unable to grasp that, based on blogs and commentaries.
I can't help but notice that whether or not a comic book film garners tremendous box office numbers a tremendous segment of the typical fan base for that particular character or genre take great issue in these blogs with actor's portrayals, script changes, etc. In fact, when I've seen what I think is a good interpretation on film (Iron Man springs to mind) and say so on any fan board I am lit up like a Roman Candle because I obviously missed everything that was disrespectful to (name it: Tony's character, the artist, issue #67 page 6, etc.).
I know these pointless diatribes are about as effective as, say the people who read A.A. Milne or Victor Hugo and take great issue with Disney's reinterpretation on said characters. You like it or you don't.
Now we've had, what, 7 different actors play Batman on the big screen since 1989? The Fantastic Four's films are but a few years old and there's already chatter about remakes. Seriously?
If getting the story and characters correct the first time around was so important, I'd think the comic universe would be overjoyed at Disney's acquisition. No one else has a better track record of doing so. Of course, I prefer Pixar's take: retell a timeless story in a new way, with new characters and new situations. (In what will be misread as a slam to the comic book fans, I was fascinated with the names and back stories of every brand new character created for The Incredibles, more so than with but 3 or 4 pre-existing 'real' comic book creations I've come across in the decades I've read comics.)
So. My 2 cents.

all you need to know

Hunter is an arrogant prick. That is all.

Fantastic Four was crap because the script and directing was terrible, they spent the entire first film on their origin and learning their powers. It was boring and silly. I didn't even bother to watch the second one, I heard it was awful.