What? Are You Casting Me!? 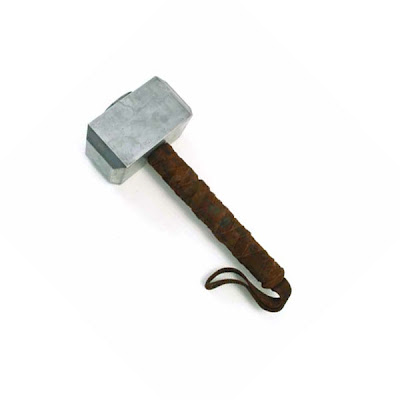 Well now, this is turning into one interesting super hero film...

The casting of two more stars has quietly leaked out and it's another surprising pair. Not exactly who you'd expect to see with someone wearing their underwear on the outside of their clothes.

Robert De Niro and Jude Law have joined the cast of Kenneth Branagh's upcoming Marvel feature. The German edition of Gentlemen's Quarterly seems to be giving us the scoop.

I'm trying to imagine what parts these guys are playing. This certainly ain't the script I read a couple years ago. I just hope with all that talent this interpretation is as good as the one I read. I look forward to the interesting events that unfold around this film.

It looks like this slowly becoming the "it" comic book adaptation...

My god. There is a large cast mounting up already. This is bizarre.
Does everyone just 'want in' on it or something?

Holy crap, Honor, your humor sucks. Puns require equal parts of speech. Without the preposition "to" before me, the joke falls very flat (not that it was even funny to begin with). What's the highest level of education that you have -- 2nd grade or 3rd grade?

Yeah, cause "Are You Casting To Me" makes soooooo much sense. Duh.

The point is that it simply doesn't work as a pun. Honor sucks at writing.