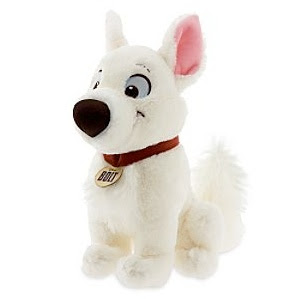 With Walt Disney Animation Studios' "Bolt" only days away from it's DVD/Blu-Ray release I remembered going to see it once again...

I remember stopping by The Disney Store to see what merchandise they had for it and finding very little, but also hearing that many of the plush, stuffed figures they had were constantly sold out. I went to another store and found the same problem. While Bolt merchandise didn't light marketing on fire, it did do surprisingly well, even though I didn't see much of it.

So in light of the new formats being released this month and the approaching $300 million dollar figure at the box office, I figured I'd see some of what Disney Consumer Products had made for the dog that I hadn't seen... 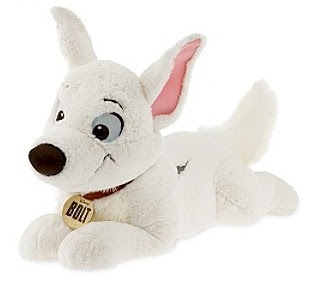 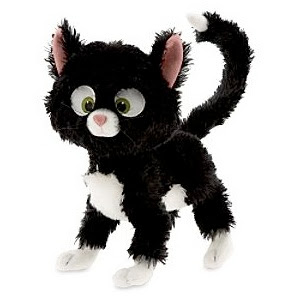 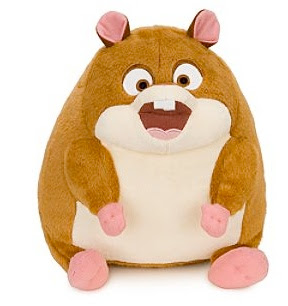 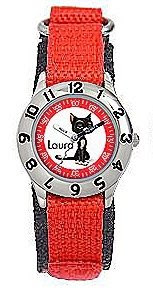 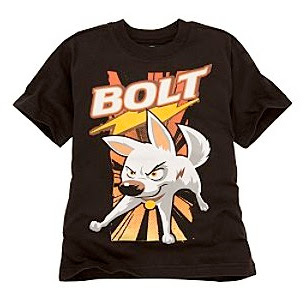 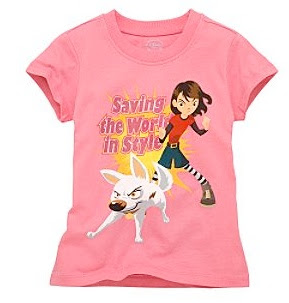 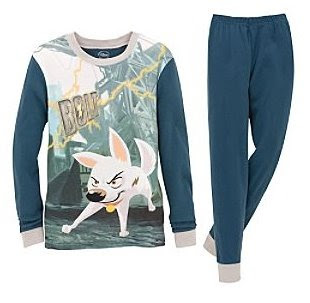 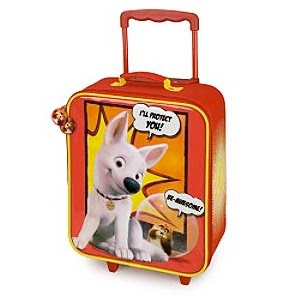 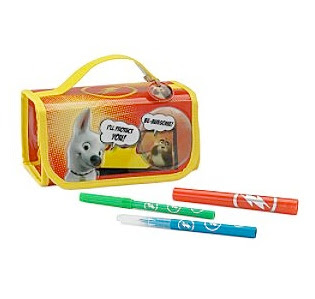 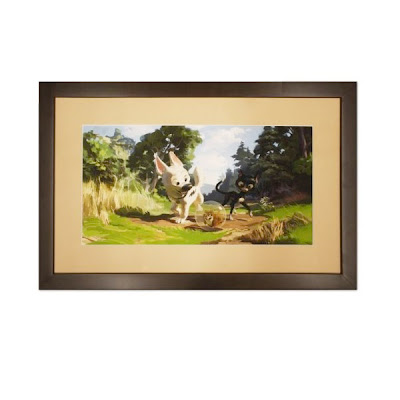 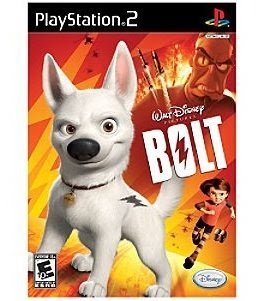 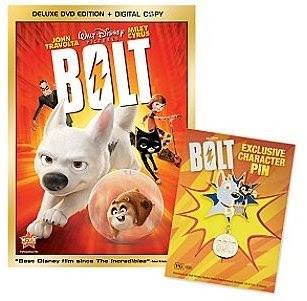 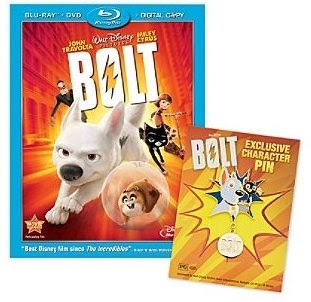 I'm glad someone else noticed that Disney wasn't fully marketing Bolt in the stores. I own one of the plush Bolts because I thought he was adorable. (and I'm 21...) I remember there wasn't that much Wall-E stuff when it was in theatres while there's so much now so I feel like they wait until the DVD release to put out a majority of the toys and such.

OOOOooooo you SO struck a nerve here. What an abject FAIL by DCP on this film. What you post is essentially the entirety of the Bolt line. And they made precious little of it.

My wife is a CM so we're down at the park all the time, and we hunted and hunted for Bolt items and never found ONE. We'd ask in World of Disney and the response would always be a puzzled, "Huh. I guess we don't. Why IS that? We SHOULD!" Yes, you should.

It's not just a lack of stock, it's a total lack of innovation, fun and creativity. A few plush and a pencil case? Rhino was the breakout character in this movie -- this was expected early on -- and a small plush is all they made for him. No action figures, PVC figurines, and how about some creativity like, say, a little hamster-in-a-ball toy that runs around on the floor and utters Rhinoisms when it bounces into something? (Geek note: not hard to prototype at home. That's all I'm saying.) I have a four-year-old who makes me show him al Rhino's scenes over and over almost every night. Huge missed opportunity. Plus, I want one for myself!

I think there was as little effort put into the merch for this flick as there was to the release plan and marketing, which is to say ZERO. It's almost like they wanted it to do badly, as some conspiracy-minded folks have suggested elsewhere (because of John L. and the whole Tink fracas he engendered). It couldn't have been worse if it was planned, let's just say that.

Possibly, the worst job ever by Disney marketing. Meanwhile I can't escape from the bleeding Jonas Brothers. Lord help me.

Okay I gotta have a Bolt T-shirt. Where can I find them, Hunter? Please share!

Just go to the disney shopping website and type in Bolt.

I am surprised the only 'toys' to come out for "BOLT" so far are plush animals. Why haven't there been any (more substantial) figurines?

"Meet the Robinsons" got cool figurines:

Thanks, but I can't find the ubercool T-shirt pictured here - the one with Bolt and Penny. Love that art. Where can I find it????

I recently came across your blog and have been reading along. I thought I would leave my first comment. I don't know what to say except that I have enjoyed reading. Nice blog. I will keep visiting this blog very often.

I drove down to Downtown Disney in Anaheim on my last trip to L.A. to pick up some Bolt stuff - and found nothing in their store. The only thing they had was the DVD. I thought it might have been due to legal issues - but apparently they just dropped the ball on this... -- Ralf from Germany

My daughter has asked Santa for some Bolt action figures with Penny, the hamster, the green-eyed man, the cat, and of course Bolt. There is NOTHING on the market except a cake topper set with only 3 characters. Why isn't there more merchandise? I'm starting to panic about what I can buy that will make her happy.

I was super upset that Disney store (online) didn't have more Bolt items. My daughter wants a Bolt Stuffed Animal (she already has Mittens the cat - got that last Christmas from the Disney Store) The are VERY hard to find and when you do find them they are either over-priced or out of stock. I agree that Disney didn't make enough of their products and were not creative with what they made at all..