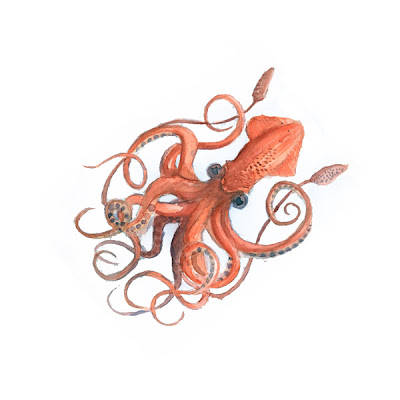 It appears someone over at Cinefools is saying a source close to them confirmed that McG's prequel to "20,000 Leagues Under The Sea" will be filming in Oz near the end of this year...

They also mention that the project could be on the fast track should Will Smith sign on soon. In that case, I hope production gets delayed... PLEASE. I will soooo be upset if the Fresh Prince signs on to play a young Nemo. My choice if you want someone to play a young Captain of the Nautilus is to get a bankable star that is either Indian or could look Indian. Smith is neither. My vote would go for someone like Eric Bana. I've seen several other actors which could look the part, but lack the "manly" factor that someone like Bana could bring to the role of the brooding and brilliant sea captain/rouge. As time goes by Disney is going to be pressed with signing a lead, I just hope they don't go for Big Willie.

A bankable star that is Indian? Does such a person exist in Hollywood? Not yet. Nor will it if studios like Disney keep hiring the Jake Gyllenhaals of the world to play Persian or the Will Smiths to try on Indian. I don't have an issue with actors of one race playing a role of another as long as the casting is respectful and appropriate. I take issue with bastardizing "the property" into something that Will Smith would be appropriate for.
My suggestion: Naveen Andrews from LOST.

Sendhil already has the Indian/English accent down and spoke Hindi briefly. (and I think he's handsome) Plus I think he's actually Indian.

I like Sendhil, but truthfully he's not a big enough star to get the film greenlit.

Will Smith as Ned Land, that's good casting. Ned Land is probably not even in this story if it's a Cpt Nemo origin story.

I hope I dont get flamed for this. But am I the only one who thinks Will Smith COULD play the role of Nemo well? I mean he's done more then Fresh Prince. He's had good performances in my opinion in Ali, Enemy of State, Pursuit of Happiness, I Am Legend. I don't know, I could be wrong. I just say give him a chance.

I gave him a chance in many other movies, some of which you've mentioned. Hated most of them. He's a good actor, but he is no Nemo.

You realize that Nemo is Indian, right? As in Asian-Indian not American Indian. Do you REALLY think he even looks the part? I know an optometrists you could make an appointment with.

I say go with Will Smith, rewrite the location from India to Africa. Disney could use another big hit and a good script and Smith might guarentee this.

Gee, I only wish Lasseter would listen to you and change the story to fit the actor. After all, story doesn't mean that much. It's a story about Nemo, who was from India not Africa and it talks about his trouble with colonial British Empire and how he came to hate it. But hell, let's change that too. Make it America. Make Nemo American while we're at it. How about a funny sidekick? And lets see if we can add a cute dog maybe.

I think that going with an Indiana actor is a bit too following League of Extraordinary Gentleman. In the novel, Nemo is almost British meets New ealand meets Rhodesian. I would suggest someone like Liam Neeson who I think would be perfect for the role of Nemo, the world weary captain feel for him, plus he's got good accents from Shindler's List and others. ANother perosn could probably be Gerard Butler, but we won't be as good as Liam Neeson. Someone started this rumor of WIll Smith, it isn't true because the only filmmaker that's that obsessed with star power and effects instead of story is Joel Shumacher or George Lucas.

As I've said, I want someone that could possibly look Indian at least and is a real good actor. That's why I chose Eric Bana.

Who knows, maybe if Will Smith comes on as the part he can write a really cool theme song to play during the final credits. Or how about we make it a musical and he can sing his part?

I don't know if any of you have noticed this, but you guys don't seem to like big name actors at all. You've thrown out a lot A-List actor names that you like, but anyone who's ever made more then one blockbuster film and you're auto-biased against him. Logically, you'd have to be a minority group of opinion here, otherwise said blockbusters would never have occurred.

By the way, Honor, whether I think Will is right for the part or not notwithstanding, the guy looks like he's still in his late twenties, so his age, at least, isn't really the best argument. On the question of race, I was always under the impression that the novels hinted at Indian origins but never expressively pinpointed his ethnicity.

Well Digi, being as he's born in India I would think that would most likely justify him being Indian native(said with no sarcasm btw).

Were you referring to me when you were talking about not liking big actors? I'd hope not. I don't have anything against Smith as far as being an actor, he's just wrong for the part. All my favorite actors are pretty big as well. Being as Samuel L. Jackson is my favorite actor followed by Russell Crowe and Clooney.