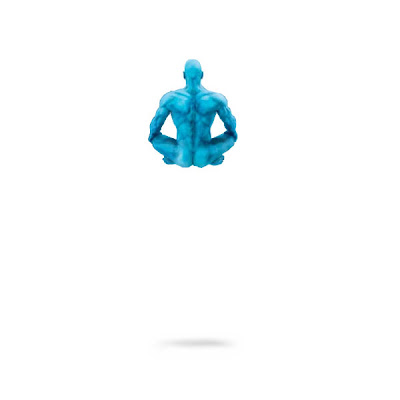 It seems that the Suits over on the Warner Lot are laying down the law...

A mandate has gone out that no more superhero films will be rated "R" since the box office disappointment of "Watchmen" a couple weeks ago. This according to a source over at IESB. Like Suits tend to do, they never focus on story. Only the tangible demographics that they perceive to understand. So they're thinking was that the reason "The Dark Knight" did so well was because it was rated PG-13 and not the fact that it had a brilliant story? You got to love them, don't you. Those business degrees are worth so little it seems.

Now, this isn't to say that Watchmen had bad story, because I think Zach Snyder did the impossible in translating that comic and bringing the core of what it was to the screen. But it's not a typical superhero story. In fact, it's a revisionist superhero story the way that Clint Eastwood's "Unforgiven" was. And those that went in for a typical comic book story were destined to be disappointed. The Suits would probably know this if they ever bothered to read the material that they film instead of handing it off to readers that give them coverage. Jeff Robinov made a glaring admission of not knowing what the heck he was talking about when he made the statement that all comic films will now be dark and serious, including Superman(this is a paraphrase of what he said). What he and others don't understand is that you have to be true to the source. You have to make it more accessible to a wider audience that film allows, but you have to remain faithful. That doesn't mean "dark and brooding." "Iron Man" wasn't that way and it worked out fine. When they start filming "Green Lantern" in September they shouldn't film it that way(I have got to get around to reading that script, sigh.). When they take superhero films like "Fantastic Four" and turn them into dysfunctional family sitcoms instead of a really great sci-fi adventure you can tell the Suits don't know what they're doing.

The irony here is that I believe the failure of Watchmen is because of two things. One is that it was marketed more like a superhero movie; which clearly it's not. Secondly, the expectations of Warner were way out of line because of the story that it was. It's not a film that would wind up doing the kind of box office they were expecting. It's more of a niche film that could grow beyond its targeted audience with a more focused campaign. It's strange because to me, Warner has the best marketing department in the film business. The Mouse is a very close second, although they did a bad job of marketing "Bolt" last year. Strangely, they seem to have become better at marketing Pixar films that Disney films, but that is another story for another post. Perhaps not needed after "The Princess and the Frog" comes out and does bofo at theaters.

Hopefully the Suits over at Warner prove me wrong. I loved DK and look forward to many more films that are adapted with thought and care, but not focusing on balance sheets and demographics. Good stories are what we need. As John Lasseter always says: "Quality is the best business plan of all." Maybe the genius planning the next Warner adaption should take a meeting with him. Although, I don't know if he has the time. He's very busy.

That seems to come with success...
Posted by Honor Hunter at 12:01 AM

Um I think you mean NO MORE rather than NOW MORE.

I'm going to disagree with you. A huge part of the target demographic for the Watchmen is probably under 18 anyways....so it restricts how many people can see the movie. It's simple. The movie will kill on DVD. You can't always blame the suits...

Sorry, I'm going to disagree with you...

The film is based on a book that came out over two decades ago. It's main audience are in their late 20's/early 30's and the story even in the 80's wasn't designed for the under 18 audience. It was never intended as such. This is why some critics who have decried it as portraying all this sex and violence for kids are wrong. It wasn't meant for kids. And truthfully, I wouldn't show it to my kids...

I don't want them having nightmares too early, you know.

You think this should be aimed at kids anonymous???

I liked Watchmen but it's not intended for 14-17 year olds no matter how much they want to watch it.

Anonymous, have you read the novel? It's no way intended for under 18, the movie isn't either. It features rape, full frontal nudity, politics, insanely graphic violence (much worse than 300). I don't know how you could say it was aimed at under 18.

Of course there's an "r" in superhero! In fact, there are two. What kind of an idiot makes a statement like that?

Dorkacus, can I call you Dork?

You've never heard of a motif, have you? Or just a clever stringing together of language?

the movie looks terrible. it is that simple. after seeing the trailer i wouldn't see watchmen if you paid me. not worth my time and i assume many other ppl feel the same

^--- The movie is actually very good. Just had a smaller target audience (the fans of the graphics novel). I loved the movie.

The only thing WB did right was hire Nolan. The success of TDK fell into their lap, they hired a great film-maker and got out of his way. If they want more classics in their cannon, they need to hire people who "get" the material and simply step out of their way.

Watchmen really was just a good graphic novel. Good, not great. It is not this thing that the press has made it out to be and that people gentuflect towards.

The film lacks resonance with its office because its source material was inherently aloof. Setting the thing more than two decades ago, during that "wacky" Cold War onnly enhances that distance between audience and subject.

Honor: maybe you are right that the film is the best translation of that multilayered graphic novel into the film format. But the thing really should never have gone through that translation to begin with.

We should applaud WB for even greenlighting Watchmen with a giant budget and letting it get made. Given their huge investment, they pretty much HAD to market it as a big event tentpole movie, even if the film didn't quite fit that template. And the film is certainly not a flop, although it is a disappointment in terms of box-office.

Regarding marketing, Disney marketing has been AWFUL for a while now. They fumbled "Prince Caspian", "HSM3", and "Bolt". And already this year they've botched "Confessions of a Shopaholic". About the only movie they really nailed in the last year was the Chihuahua movie. I really hope they get their act together before they kill "Princess in the Frog" too.

And I also agree with the "Anonymous" above me. Perhaps it was foolish for the WB execs to think that Watchmen could ever be a huge blockbuster. But if you are a fan of the graphic novel you should appreciate that it got made in the way that it did.

I know plenty of non-comic watching teenagers who loved the movie. The only reason the movie didn't do well in my view, is that they did like the anonymous up there who said "the trailer didn't interest him". Well, then, you have no idea how good or bad the movie was. People do this these days, make assumptions before their even out the gate. The job of marketing is to shatter any false assumptions. Of course, these days, if a movie doesn't do exactly quintuple what it cost to make it, they consider it a failure, so take "disappointment" with a grain of salt. This is same time of mentality that thinks "bailout" is synonymous with "redecorating".

Dorakus, there's also an "R" in reading, which maybe you should have done before commenting.

Fantastic Four is supposed to be a family soap opera.. as well as a science fiction adventure. Not excusing the Fox films though.

Watchmen is what it is. Could never have been made to be a lower rating than it is.

I fully expect any and all mainstream and DC\Marvel universe characters to be rated below 'R' or whatever. The only circumstances where the 18+ type rating works is if it is for more of a niche market. And then it should be expected. A la Sin City.

In fact, it's a revisionist superhero story the way that Clint Eastwood's "Unforgiven" was.

"Unforgiven" was a revisionist superhero story?

But I think you know what I meant...

I have to agree with Anonymous on the fact that it'll be a huge hit on DVD.

But that's good. The less "R" movies, the better.

I wanted to see the watchmen but chose not do when i heard the blue guy is full frontal. no thanks. thats CG i can live without.