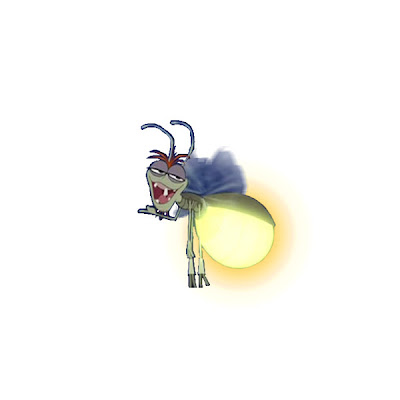 Well, it's really good news and delayed good news actually for this Friday the 13th. I've heard back from my Bothans about that "Toy Story 3" trailer I was wondering about.

Here's what seems to be the plan(again, things could change, but this is the plan).

First, there will be no Toy Story 3 trailer in May... yes, I know. A bit disappointing isn't it? But the good news is that there will be a trailer that comes with(but not attached) "Up" on May 29th. That's when the full trailer for "The Princess and the Frog" will debut. At least in theaters. The Mouse may put it up online before that, but the plan as of now it to put it in front of the Senior Citizen Action Adventure film.

Now that would be a really nice Christmas gift...
Posted by Honor Hunter at 12:01 AM

In an ideal and unrealistic world I would kinda like to see both. And then Toy Story 3 and Rapunzel with Princess and the Frog.. But thats perhaps being a bit greedy.

Oh, well. I hope this trailer introduces some characters besides the princess and her frog, though. All the UP trailers until this most recent one were so teasing.

I would at least appreciate a teaser trailer for TS3 (more Pixar please), but I'll take what I can get.

Makes sense, sounds like the planning for the releases is being well coordinated.

This trend actually started a little less than a year ago when the Bolt trailer ran before Wall-E instead of the "Up" trailer which everyone was expecting.

This news wouldn't be as bad if we had not just heard about the "jaw-dropping" Toy Story 3 footage seen at the shareholders meeting. I wish we could at least learn what that footage was. For instance, was it a powerful montage or a poignant monologue?

I could live without a teaser for Up--besides I wasn't THAT interested at first--but this has to be one of Pixar's BIGGEST movie's of all time! I've GOT to see a teaser in May! I've got to!

(I said one of Pixar's biggest because--WALL-E and The Incredibles are probably still better. However, I am looking forward to Cars 2 as well...)

We all can wait for Toy Story 3, though I am really excited to see it, but thankful we're patient for it. I think Up looks absolutely fantastic, PIXAR has done it again! The trailer I saw looks hilarious and wonderful, "Squirrel"!!I'm definetly looking forward to seeing Toy Story 3 and I can't wait to see The princess and the Frog which looks fantastic. I'm really glad Lasseter is bringing back 2D animation. A couple of years ago, when Home on the Range was released and they said, "well that'll be the last 2D film, everyhting will now be CG, all you talented animators are fired." Eisner was an idiot at that point. Thankfully we have Lasseter in charge. If Disney only made CG films, so would Dreamworks and we'd all get bored with CG after a while, it's just not gonna work if veryhting is CG. PIXAR's fine, but Dreamworks is terrible at story and everyhting. PIXAR is the real deal. The Princess and the Frog looks really well done and I absolutely love Disney films, especially their classics and this new one will take us back there. Hope that both are nominated for Best Animated FIlm and hopefully Best Picture, everyhting Disney does is Oscar worthy and imaginitive.