What I Really Want To Do Is Write... 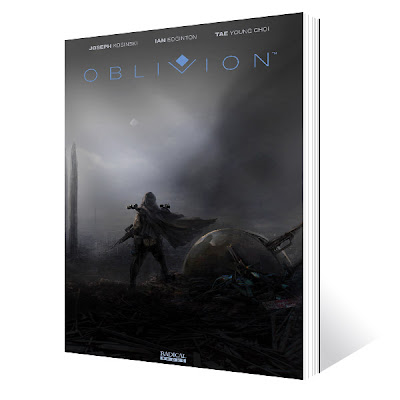 Some people don't know when enough is enough...

Joseph Kosinski(Tron 2), who is in charge of one of the most awaited films of the next couple years. A man who a year ago you could have mentioned to me and I would have said: "who?" has a side job apparently. I guess Disney isn't paying him as much as I thought.

The director of the Tron sequel wants to be a writer and not surprisinly, people are listening. Kosinski will be coming out with an illustrated novel called "Oblivion" from Radical Books in 2010. This should be just when he's deep, deep in post on the Disney picture. I wonder where he finds the time...

Perhaps next a video game...
Posted by Honor Hunter at 5:31 AM