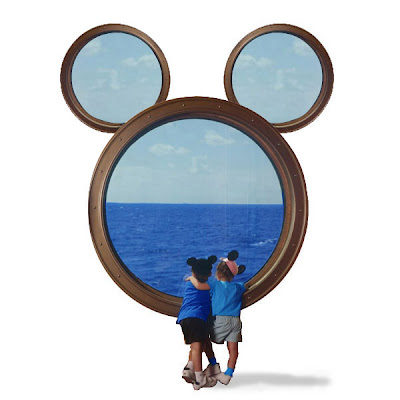 No, this is not that kind of reference...

Bob Iger spoke at the Annual Shareholders meeting in Oakland the other day and he did the usual thing. Being Mr. Positive he talked about how the company will ride out the current economic storm, but he also played a clip from Walt Disney Animation Studios "The Princess and the Frog" that got the audience going pretty good. He went on and announced several things, but one of them that slipped by me was about the Disney Cruise Line.

He finally announced the names and launching of the two ships. I already knew about one, but not the other. Both are glaringly obvious and yet, still make total sense when lined up with the original Disney Magic and Disney Wonder.

The Disney Dream will have her maiden voyage in 2011 and the Disney Fantasy will push out to see in 2012. Just thought it was a point of interest. You don't have to start packing just yet, but it's nice to know what you're going to be making reservations on, isn't it?

I'm curious what the differences in art styles(Art Deco and Art Nouveau) will be from the Magic and Wonder, I wonder...
Posted by Honor Hunter at 11:55 AM

So what were the names of the Disneyland Hotel again?

^ Yeah, you could kinda see this coming, considering the names of the DLH towers were the Magic, the Wonder, and the Dreams...

I think the names are fine. Like Honor, I too want to see what the interior will look like.