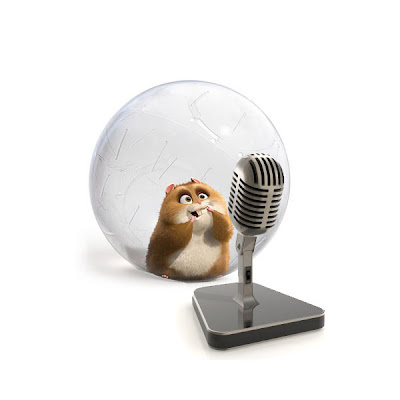 If you're watching the entertainment shows in the next few days you may get a little treat...

With the impending release of "Bolt" on DVD/Blu-Ray, they're going to be interviewing a lot of the cast and you should expect a few surprises. When shows like Entertainment Tonight and Access Hollywood and the like start interviewing characters like Rhino the hamster.

Live? Yup. You can expect a live interview about the release of the film with Rhino the little fella with ADD talking up a storm about how awesome Bolt(film and star) is to work with. Now the way they're doing this is through WDI's Living Character Initiative. Through that advanced technology, interviewers like Mary Hart and others will be able to ask animator Mark Walton about how it was to star with the white doggie. And it'll be very believable and very cute, so watch for it.

Really? Cool. That'll be a lot of fun!