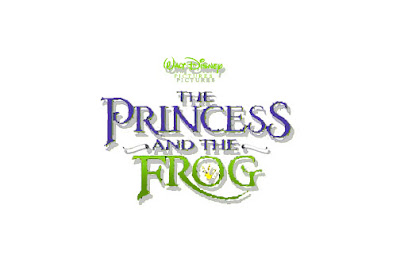 Not wanting to make the mistakes it made last year with "Bolt," Walt Disney Pictures has decided to bump up the release of Walt Disney Animation Studios' "The Princess and the Frog" from December 25 to December 11 in an effort to keep the competition from eating away at the profits...

Turns out that Chipmunk sequel and a couple other releases were making it look pretty crowded opening up on Christmas Day. So the wide release will now be two weeks earlier. A smart move that I think will bring in a great deal more green at the box office. The film will open in New York and Los Angeles on November 25 and build with word of mouth over the next to weeks till its general release.

Looks like Lasseter's little "talk" with the marketing department worked after all...
Posted by Honor Hunter at 3:33 PM

I'm very much looking forward to this film & hope the NOL princess gets her due in viewership by the masses & takes control of the "Disney Gallery" (now a resting place for Disney CEO's apparently) & makes that her new castle at Disneyland!

Smart move... as sad as it is, I could see Alvin 2 completely stealing P&tF's thunder.