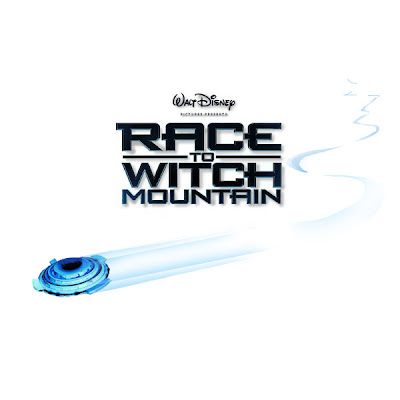 I didn't know what to think about this one...

I mean, I love the originals with all their flaws and wrinkles, but I wasn't a big fan of "The Game Plan" so I was a little hesitant about this film. I feared it was going to be just a bunch of cool effects and a bad, cheesy story with a series of puns. Not that I wanted it to be, but that was my feelings as to what I'd wind up seeing this Friday.

Maybe the only thing I had to fear was... fear?

Variety and The Hollywood Reporter are out with their reviews and they actually liked the films. They liked them a lot. Even called them "real science fiction" and saying how much fun they were:

"Action and sci-fi thrills blend nicely with comedy in one of Disney's best action movies this side of Jerry Bruckheimer. So it can be done. "Race to Witch Mountain" is a film from Walt Disney Pictures that doesn't play like a family film manufactured by the Disney machine. It plays, in fact, like a sci-fi action adventure that genre fans of all ages will recognize as such."

"The movie holds up thanks to intelligent direction, solid stunts and a lively sense of fun. Who cares if it doesn't always make sense?"

"Smartly positioned for maximum potential as a breakout spring hit with cross-generational appeal, "Race to Witch Mountain" is the sort of full-throttle crowd-pleaser capable of grabbing even teen and twentysomething ticketbuyers who normally avoid anything that smacks of "family entertainment." There's something for almost every demo here -- including baby-boomers with fond memories of the original Disney-produced "Witch Mountain" pics of the 1970s -- and the entire package is impressively propelled by the star-powered, likably comic-macho perf by Dwayne Johnson (formerly known as the Rock). Expect strong B.O. numbers, even stronger homevid sales and very early talk of a possible sequel."


This might turn out to be a fun film to see over the weekend. Imagine that...
Posted by Honor Hunter at 6:18 PM

Took the family (I have two daughters, age 7 and 8) to see Race to Witch Mountain and it was TONS of fun! They were nice enough to include some good nostalgia moments for us 80's babies! They definitely left it open for a sequel, and I wouldn't mind that at all.

"This might turn out to be a fun film to see over the weekend."

It wasn't. It was weak. Why are they going to try to remake the old movie, but change the story so The Rock is main character. There was no character development. Those kids had ZERO presence. It was mostly explosions, crashes and violence with a lame ending.