The Short On The Shorts... 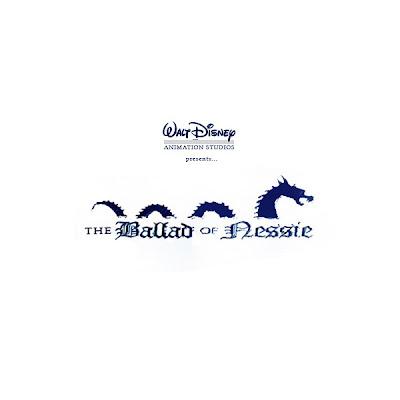 When "Up" comes out in May, it'll have another one of those classic Pixar Shorts in front of it...

So the question then has to be asked: "What animated short will appear before The Princess and the Frog?"

Well, it hasn't been set in stone yet. There's still some time before it's a lock, but as of right now the one which may get the go is "The Ballad of Nessie." Now remember, I said "may" not "will," so if the plans change I don't want to start hearing you lied or you don't know what you're talking about. Things change. But I will tell you that right now the idea is to try and get "Ballad" done in time. If that doesn't happen then I don't have an idea as to what will be put in front of the "Frog". As we move closer I'll get more info and we'll try and nail down what little five minute treasure will precede Disney's return to classic, hand drawn animation.

When will we get to see "Glago's Guest"? (I know IMDb and Wikipedia are sometimes unreliable, so I'm not claiming this next tidbit is true. But the short's pages at those sites say "Glago's Guest" will premiere with "The Princes and the Frog".)

I thought that the new Disney animated short with THE PRINCESS AND THE FROG will be TIC TOCK because the team of THE BALLAD OF NESSIE THE want to work in PRINCESS & FROG without troubles.

I really would hope that this gives them further ideas for creating beastly kingdom.

What the heck is "Tic Tock" and where have you ever heard of it before?

Hopefully it's more reliable that Gnomeo's hope for Disney to do the Snow Queen.