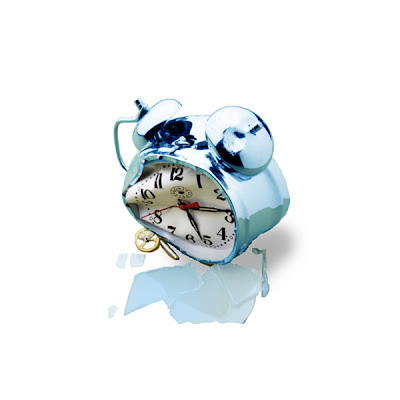 This was a story that was going to run yesterday but something came up...

Unfortunately, this isn't good news. It appears that when Walt Disney Animation Studios' "The Princess and the Frog" comes out in November, it may not have the short, "Tic Tock Tale," in front of Musker and Clements' new musical.

There won't be enough artists at WDAS to finish it in time for the November debut. Many of those that were working on the project have been pulled to work on another hand-drawn project (one that'll be out next Valentine's Day). I know that there are more artist out there, but the Mouse is playing it conservatively and not wanting to hire any additional artist only to have them let go right after its completion. Times are tight for these divisions right now. Perhaps after December we can see some sunshine pumped into the cubicles of the Hat Building.

It's not known if there will be another classic short to take its place or if there will be a short in front of it at all, for that matter. So, barring some change in the Mouse's plans, we may have to watch Disney's return to hand drawn animation without a short to go in front of it. But again, just to make it clear, this is a delay not a cancellation of this short. It will be made and it will be shown. Just not in front of the next Disney animated film.

Aw,
Well win some, lose some.
Thanks for the info.

I don't see this as such a huge loss. To bad about the short, but we still have Princess and the Frog to look forward to. I don't mind there not being a short in front of it.

Well I won't lie I'm very disappointed by this.
I was looking forward to the disney short + feature combo, so hopefully something can be worked out. An older short, maybe not shown with a film??

Didn't realise Tic Toc Tale was traditional animated. Or am I getting mixed up?


Wonder whats this other project?? Is that Valentines 2010? Maybe a TV Special or something a la prep and landing??

The Valentines Day project is a short that will play in front of Beauty and the Beast, I'm guessing.

Duh, people! He's talking about the conversion of Beauty to 3D. Hopefully Princess will be a success and Disney will have steady work to hire people on a permanent basis in the future, like Pixar.

So they are pulled off the short to work on the 3D conversion of BatB?? Then that must have been behind schedule in the first place. Otherwise that was a balls up of scheduling.

Oh and wait, that means I have to wait for the short I was waiting for and still don't get anything.

I doubt BatB is being re-released worldwide. Probably only to you Americans. Same with Toy Story 1/2.

Bedhead, you make a good point. I guess it is Beauty and the Beast. With all due respect to Honor, he sometimes words things to make the well-known sound top-secret.

I vote they show Lorenzo in front of Princess and the Frog. Hardly anyone saw it when it was released the first time, and I'd love to get it on Blu Ray next year.

What about SNOW QUEEN, is confirmed? half-confirmed by Meken in European medias.

So Disney has chosen to keep excellent animators ON the payrool instead of traet them like temps. That's GOOD news! We'll see Tic Tock when it's good and ready. I can wait.

The rumor I've heard is no short on initial release, but around New Year's they'll be adding "The Ballad of Nessie" in front of "The Princess and The Frog", to help bring in repeat viewers. Time will tell!

WHAT IS THIS VALENTINES PROJECT???

Beauty and the Beast is the Valentine Day project. Look up at previous comments.

Why take animators from a project already animated??

Surely its a different craft going from 2D to 3D??

Is BatB really behind schedule? I can see this being a disaster?

BatB 3D and Toy Story 1/2 are being released worldwide. I know for a fact that the Australian release date for Toy Story is January 21st for 2 weeks (picking up the phone does wonders...). I couldn't extract the BatB date from them but it's defiantly coming

You've had something better than decent since the 1930s.
There's just no pleasing some people.

Hunter, your faith in Disney and Lasseter is unwavering. The shorts program is falling apart, it's never getting off the ground if they keep pulling this crap.

Let the animators work on the shorts to see who has talent. I suppose BatB is really behind if they are pulling this stunt. I enjoy the shorts, Disney really needs to hire some more people. There are plenty of talented people who have applied I'm sure. If you have to let the younger guys and girls go the first time then so be it, Disney will be able to hire most of them back eventually.

basically Winnie the Pooh will come out in feb with Ballard of Nessie as its short with Tick tock arriving after they figure out whats going to replace snowqueen.