27 Years Ago Something Was Wrong With Earth's Gravity... 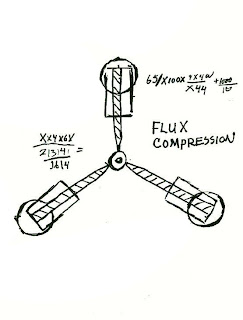 Twenty-seven years ago today "Back to the Future" was released on an audience awaiting summer...

I went into the theater not really caring other than having a night away from home.  My best friend wanted to see the new film from that kid from "Family Ties" that he enjoyed watching.  We were pleasantly surprised at what unfolded in front of us.

Between crazy Doc Brown and idealistic Marty McFly traveling back and forth in time to fix the problems of the past/future we had an absolutely fun experience.  I even went back to see it with my family and it reflected well on them as it traveled from my childhood to theirs.

This is Robert Zemeckis' best film, and he has yet to equal it.  Although the sequels were fun and interesting additions to this film, they were in no way as clever or as having the direct impact upon on the public.  With the genie out of the bottle, it was hard to surprise audiences into knowing where the sequels were going.  Because when you know the future, the past can be boring, or at least repetitive.

But that first film was pure fun, and pure cinema.  And somehow, someone finally found a proper use for a Delorean.

Back to the Future is great, but Zemeckis' masterpiece is Roger Rabbit.

I disagree that the swequels were not as clever. BTTF part 2 is the most clever of the series, dealing with the complicated plotlines of alternate timelines as well as integrating them into both the future and past storylines. I thought the way they integrated it into the past from the first film was exceptionally clever because we are seeing the events from the first film unfold again from an entirely different perspective. Part 3 was FUN. Maybe not nearly as clever but then again I can enjoy all 3 films EQUALLY.

I agree with McFly; the second has always been my favorite, pretty much for all teh reasons stated. It's as if they took what was great abou thte original, and although nothing could seem to top it, they found some way. I also loved the battles with all the biffs (well, two biffs and a griff) were an excellent point to watch; the two timelines and connections were definitely the defining feature.

And as far as Roger Rabbit, as much as I love it, it seems hard to compare it to BTTF; they have their own quirks, nuances, and originality.